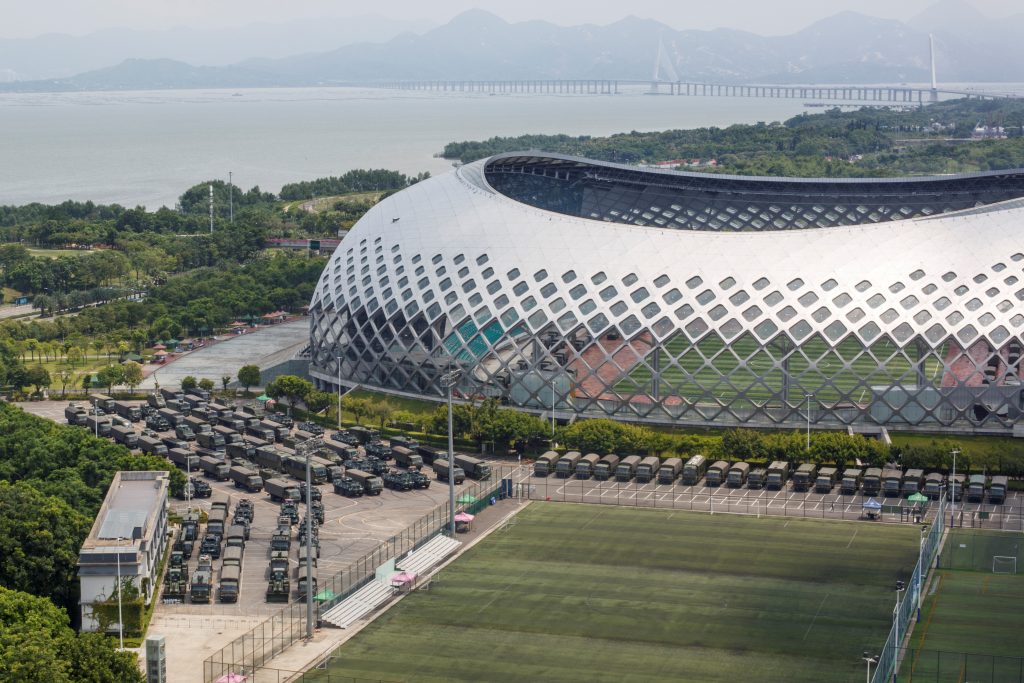 Hong Kong braced on Thursday for more mass demonstrations through the weekend, with the weeks-long crisis escalating after pro-democracy protests forced the cancellation of nearly 1,000 flights this week and world leaders urging calm.

China reiterated on Wednesday that Hong Kong’s protest resembled terrorism and more street clashes followed ugly and chaotic scenes at the airport two days ago, when protesters set upon two men they suspected of being government sympathizers.

Police and protesters faced off again on the streets of the financial hub overnight, with riot officers quickly firing tear gas as their response to demonstrators hardens.

Ten weeks of increasingly violent confrontations between police and protesters have plunged Hong Kong into its worst crisis since it reverted from British to Chinese rule in 1997.

The protests represent one of the biggest populist challenges for Chinese President Xi Jinping since he came to power in 2012 and show no immediate signs of abating.

President Donald Trump tied a trade agreement with China to the protests being resolved “humanely,” even suggesting that he was willing to meet Xi to discuss the crisis.

“I have ZERO doubt that if President Xi (Jinping) wants to quickly and humanely solve the Hong Kong problem, he can do it. Personal meeting?” Trump said on Twitter.

The U.S. State Department said earlier it was deeply concerned about reports that Chinese police forces were gathering near the border with Hong Kong and urged the city’s government to respect freedom of speech.

A satellite photo showed military vehicles massed inside a sports stadium in the Chinese city of Shenzhen, which borders Hong Kong.

The State Department also issued a travel advisory urging U.S. citizens to exercise caution when visiting Hong Kong. China has frequently warned against what it regards as outside interference in an internal issue.

The Australian Chamber of Commerce in Hong Kong also urged all parties to engage in constructive talks to restore the city’s standing as an international business hub.

The latest protests have far exceeded the scope of those during the pro-democracy “Occupy” movement that brought parts of the city to a standstill over three months in 2014.

Hong Kong’s Court of Appeal granted bail on Thursday to law professor Benny Tai, one of the movement’s leaders who had been in jail for two months for public nuisance offenses relating to the “Occupy” protests.

Tai said he was very touched by the sacrifices people had made to defend the city’s core values. “The golden era of Hong Kong is yet to come, and I believe the time is not too far away,” said Tai, whose appeal remains pending.

Hong Kong’s Airport Authority said normal flight operations would resume on Thursday but heightened security would remain at the city’s international airport. It said on Wednesday an application for protests to be held in the terminal must be made in advance with a “Letter of No Objection” from police.

Protesters have expressed remorse after a peaceful sit-in turned violent at one of the world’s busiest airports earlier this week.

The protests have also hit the city’s faltering economy. Research firm Capital Economics said the protests could push Hong Kong into a recession, with a growing risk of “an even worse outcome if a further escalation triggers capital flight.” Hong Kong’s property market would be hit hard, it said.

Business and citizens groups posted full-page advertisements in major newspapers to support the government and denounce the violence.

The Chinese Securities Association of Hong Kong said the city’s reputation would be seriously damaged if the violence and unrest were not stopped as soon as possible.