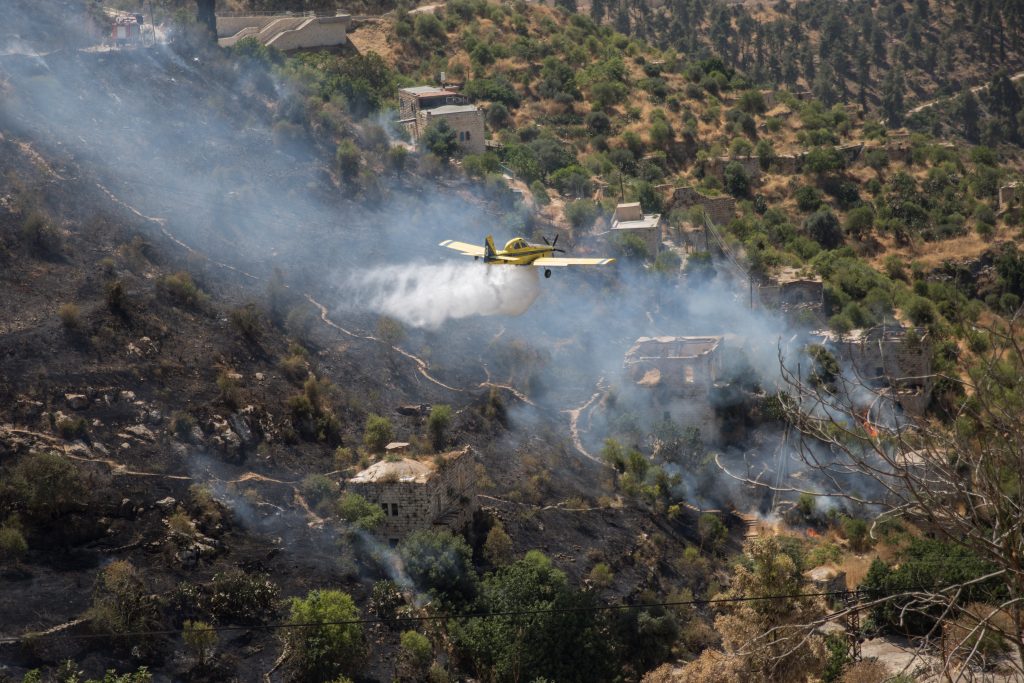 Witnesses Thursday said that Arabs had set fire to two buildings in the town of Yitzhar in the Binyamin region – and hot weather enabled flames to quickly spread through dry brush, with the blaze reaching two neighborhoods of the town.

Dozens of families were evacuated from their homes as firefighters fought to keep the flames from reaching the homes. However, the area where the fire is raging is one that fire trucks cannot reach, and the blaze is being fought with long hoses attached to water sources.

Firefighters brought in planes to douse the flames from the air in order to contain them, and dozens of volunteers spontaneously formed a “bucket brigade” to bring the fire under control.

The fire was started by Arabs from the neighboring village of Kfar Aurif. Such fires have been started in the past, residents said. Shomron Council head Yossi Dagan said that “these acts of arson have become a regular problem, and they are embittering Israelis all over the country. A price must be put on these actions so that they will not be repeated. I call on the government to set up a special unit to catch these arsonists and bring them to justice.”

Also Thursday, a major blaze was raging in the Yerushalayim Hills, between Beit Meir and Shoresh, near Beit Shemesh. The fire was raging in a forested area, and planes were being used to bring the flames under control. Fire officials said they would investigate if this fire, as well, was the result of arson.