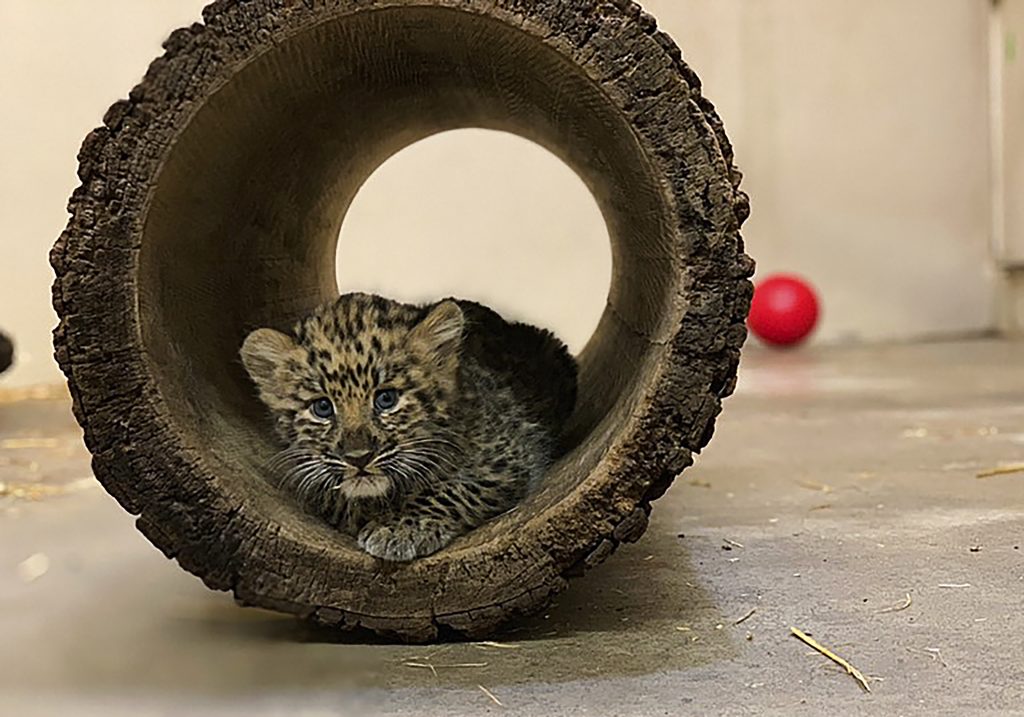 Visitors may now get a look at two rare leopard cubs at the Rosamond Gifford Zoo in Syracuse, New York.

The male and female cubs gradually ventured out from private quarters into their exhibit. It’s a temporary one while the zoo works toward a new, more complex $400,000 outdoor space for the leopard family.

The cubs were born June 19 to parents Tria and Rafferty.

The cubs don’t yet have names. The zoo plans a vote soon.

Amur leopards are considered critically endangered. They are found in far eastern Russia, where an estimated 84 remain in the wild, up from about 30 in 2012.