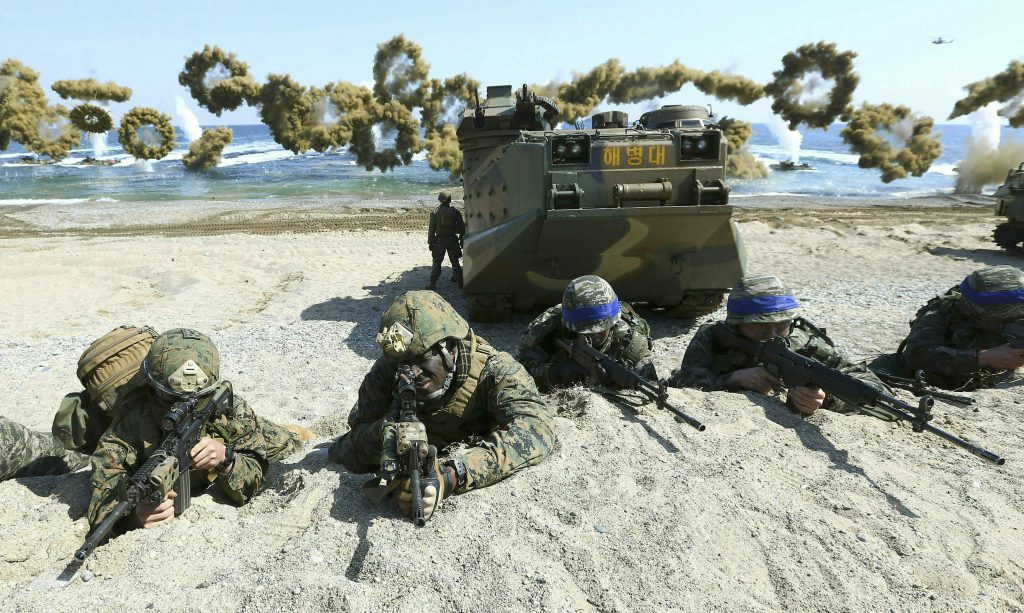 Any move by the United States to place new ground-launched, intermediate-range missiles in South Korea could spark a “new Cold War” and an escalating arms race in the region, North Korean state media said on Wednesday.

U.S. Defense Secretary Mark Esper this month said he was in favor of placing ground-launched, intermediate-range missiles in Asia, a day after the United States withdrew from the Intermediate Nuclear Forces (INF) treaty with Russia.

“The U.S. pointed out that it is now examining a plan for deploying ground-to-ground medium-range missiles in the Asian region and South Korea has been singled out as a place for the deployment,” North Korea‘s state news agency KCNA said.

“It is a reckless act of escalating regional tension, an act that may spark off a new Cold War and arms race in the Far Eastern region to deploy a new offensive weapon in South Korea,” it said in a commentary.

Other senior U.S. officials have said any deployment of such weaponry would be years away.

South Korea‘s Defense Ministry has said there had been no discussion of placing American intermediate-range missiles in the country, and there were no plans to consider the idea.

“It is a hard fact that the deployment of THAAD is pursuant to the U.S. strategy to contain great powers and hold supremacy in Northeast Asia, not the one for ‘shielding’ South Korea from someone’s ‘threat’,” KCNA said.

North Korea‘s military has launched a series of missiles in recent weeks to protest what it sees as a military buildup in South Korea, as well as joint military exercises by South Korean and American troops stationed on the peninsula.

The launches have complicated attempts to restart talks between U.S. and North Korean negotiators over the future of the country’s nuclear weapons and ballistic missile programs, which prompted sanctions by the United Nations Security Council.