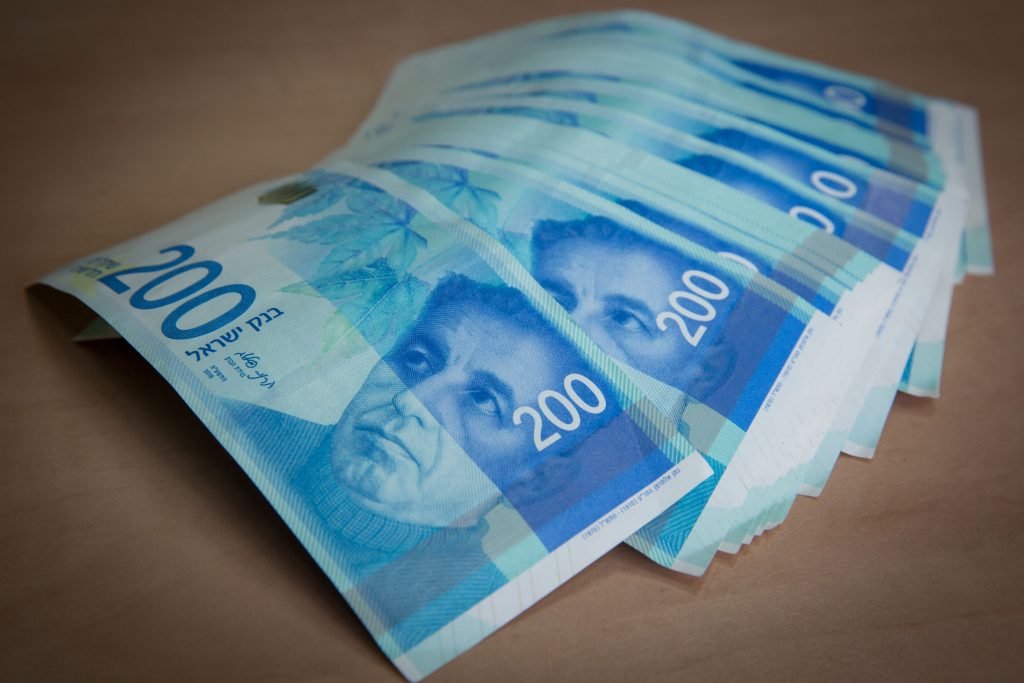 The shekel has been weakening over the past two days, defying a Goldman Sachs assessment that called the Israeli currency “unstoppable,” Globes reported.

Earlier this week, Goldman Sachs’ Research Department published a report entitled “The Unstoppable Shekel,” which predicted that the shekel would continue to strengthen against the dollar, and that the exchange rate would reach at least NIS 3.45/$ over the next six months.

Analysts Sara Grut and Murat Unur stated in the report that “We expect structural factors to continue to be a driving force of NIS appreciation.”

Among the factors they flagged were the possible listing of Israel on the FTSE’s flagship World Government Bond Index (WGBI) and foreign currency hedging by institutional bodies. The final decision on Israel’s listing on the WGBI will be taken over the next month. Goldman Sachs estimates that Israel will receive 0.25 percent of the overall index, according to Globes.

They did hedge somewhat, though, noting that intervention by the Bank of Israel could slow down the trend.

“The Bank of Israel (BoI) has become more vocal about resisting appreciation and has previously shown that it has the tools to limit the pace of ILS (NIS) appreciation through FX interventions. For this reason, we expect the pace of the move lower in USD/ILS to slow, although the risk remains that USD/ILS strengthens further than our 6m-12m forecast of 3.45 in the absence of BoI FX interventions.”

However, the analysts questioned the potential effectiveness of BoI.

“While we would not expect them to be effective in fully reversing the year-to-date ILS appreciation, we think the Bank of Israel does have the means to keep the currency from strengthening meaningfully beyond our 6-12 month forecast of 3.45. However, we see risks of ILS appreciating beyond this level in absence of BoI interventions.”