Israel Public Figures: PM, Party Leaders, Must Speak Out Against Desecration of Shuls in Israel
Israel 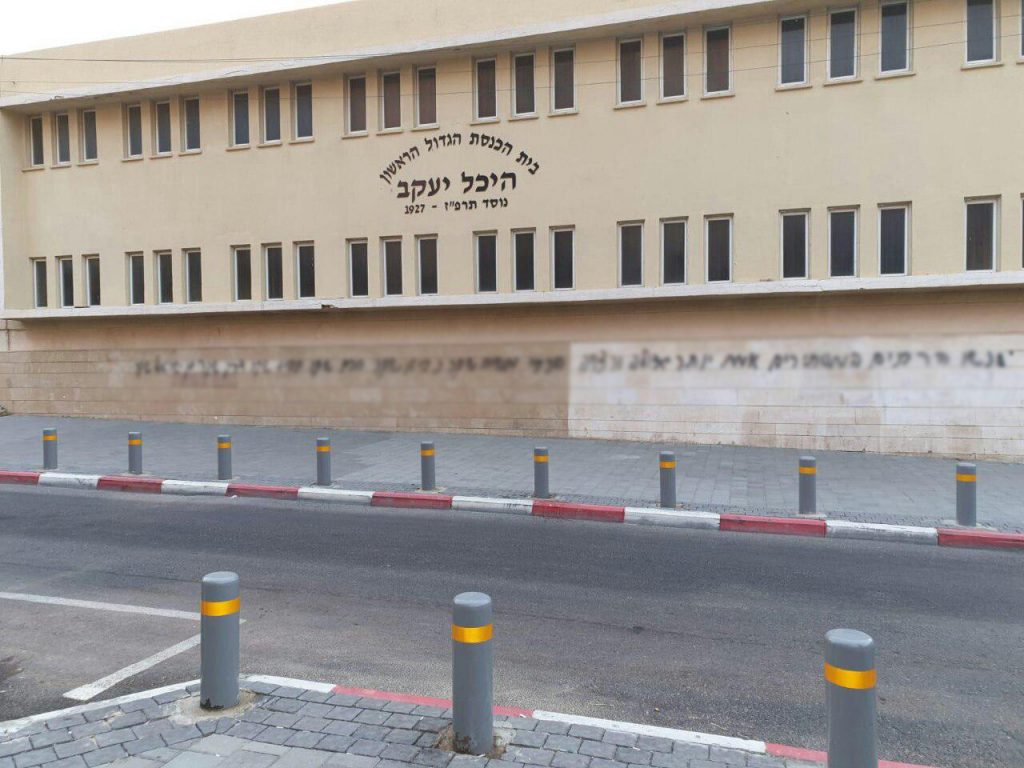 The stories of shuls being desecrated and religious people harassed in recent weeks continue to stay in the headlines. On Monday, educators and public figures expressed surprise that the prime minister and party leaders who claim to be concerned about the religious public at large have not yet weighed in on the issue of violating and destroying shuls and posing obstacles to those seeking a place to daven.

These stories that we have seen, said a chareidi askan, whether it is happens in Bat Yam, Arad or Petach Tivka or other places, are not a matter only for the chareidi sector. It is an issue for anyone who respects the dignity of a shul and its status in Jewish history. It relates to every citizen – and the state as a state must have its word on the subject and to make clear that it does not, chalilah, have any interest in harming shuls or the people who daven there.”

The speakers cast a spotlight on what happened in Arad, where the mayor, a member of the Yesh Atid party, is leading this harassment campaign. The leaders of his party are silent, letting him do as he pleases, knowing that he represents them as well. It would have been fitting for them to make their voices heard, with statements that they are not part of all this and that this is not their policy.

As noted, the sanctity and status of a shul is something that is mutual to most Jews, wherever they are. Even those who are not Torah observant feel a sense of respect and appreciation for such a Jewish symbol, which has accompanied Am Yisrael wherever they have been throughout the generations of exile. When reports come through that a shul in Eretz Yisrael is violated, this is both painful and chilling.

In the chareidi communities, these incidents have certainly generated much pain and pushback. That harming a shul or trying to prevent people from davening is an inconceivable reality that cannot be condoned in any way – is the overriding sentiment in the community.