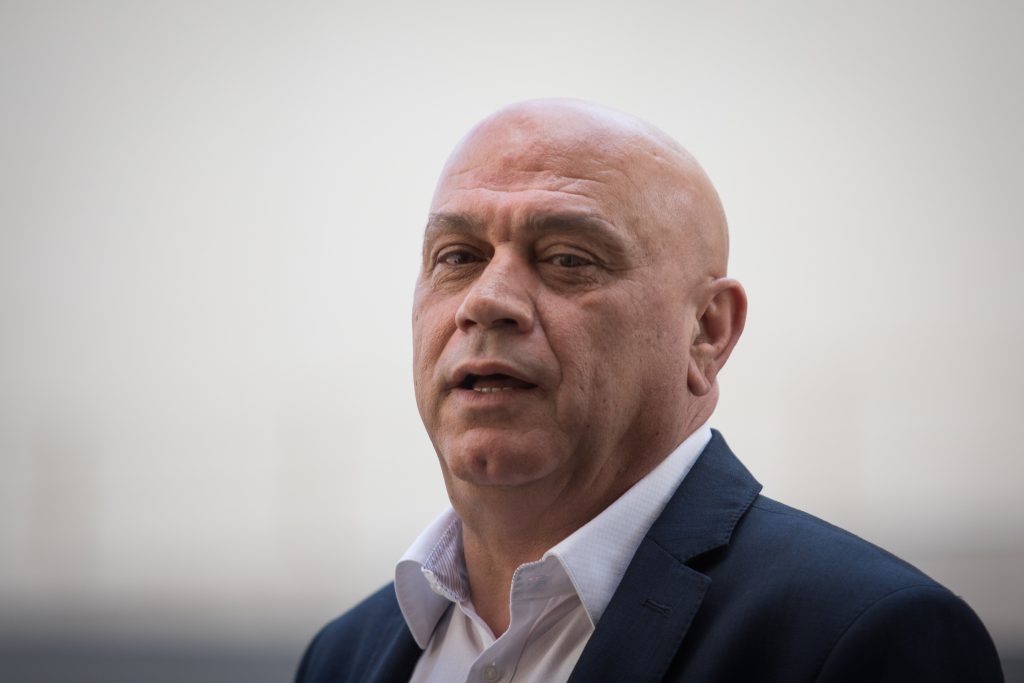 Democratic Union members Essawi Frej and Noa Rothman met on Tuesday with Palestinian Authority President Mahmoud Abbas, who shared with them his hopes for peace.

Abbas told them he is looking forward to the defeat of Israeli Prime Minister Binyamin Netanyahu in the September voting, The Jerusalem Post reported.

Frej was quoted as saying after the meeting that “[Abbas] is eagerly waiting for the Israeli election. He complained that Netanyahu has barely spoken to him over the past decade and that he hopes the next government begins a new peace process.”

Frej said they went to Ramallah to make the Palestinians a central issue in the campaign, while Blue and White and Labor have ignored it.

Rothman, a granddaughter of former prime minister Yitzhak Rabin, blamed Netanyahu for the diplomatic stalemate with the PA.

“As an Israeli, I am angry and disappointed that Netanyahu has done nothing over the past decade to advance the diplomatic process and did not even do the minimum to initiate the dialogue necessary to bring about calm in the South,” Rothman wrote. “I have a heavy feeling that our leadership is not doing its part to protect and advance us, when there is so much to be done.”

Netanyahu’s son Yair tweeted in response on Tuesday: “Where is your uncle Yasser Arafat?”