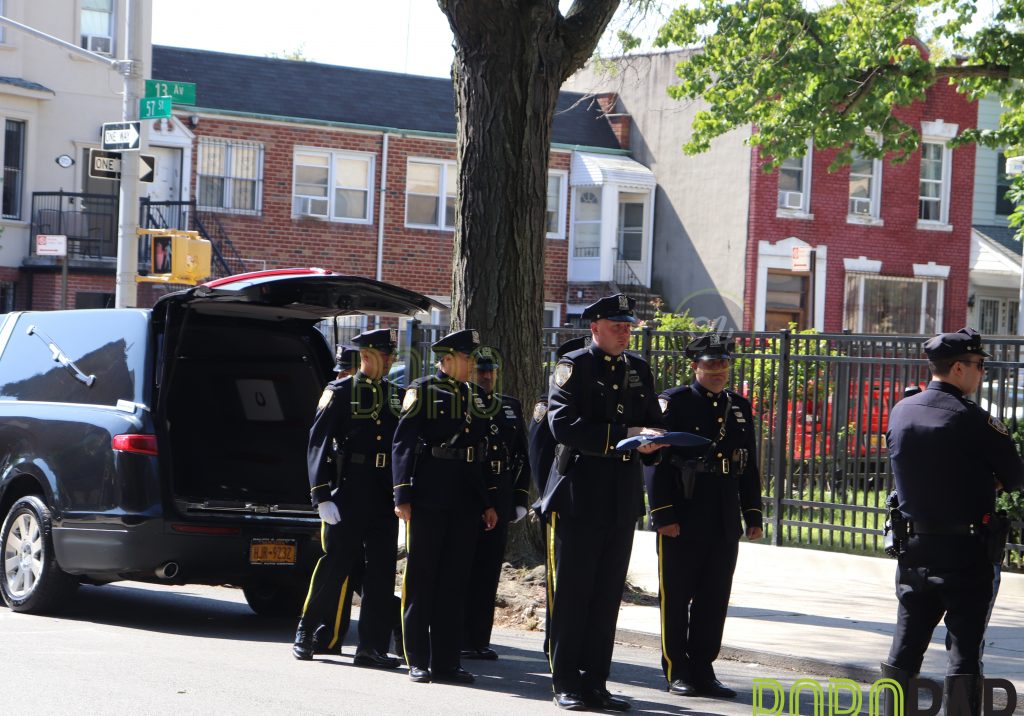 A police officer who died last week from an illness related to his work cleaning up the World Trade Center site after the Sept. 11, 2001, attacks was held Monday morning on Boro Park, where hundreds of law enforcement agents and local residents turned out to honor him.

The funeral for NYPD Detective Anthony N. Brognano, who retired in 2006 from the NYPD’s Brooklyn South Gang Unit, was held on 13th Ave. and 58th Street. The entire area, from New Utrecht Avenue to 12th Ave. and from 56th to 60th streets, was closed to traffic.

Hundreds of first responders have developed lung disease and cancer after prolonged contact with the ash and soot of the fallen Twin Towers.