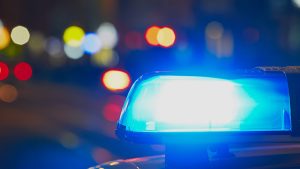 A Crown Heights man has been charged with hate crimes for spraying an aerosol can at a Jew while making anti-Semitic remarks.

The incident occurred at 7:05 p.m. Friday, on Carroll Street between Schenectady and Troy Avenues. Kenya Dean, 39, allegedly made an anti-Semitic remark to a Jewish man, then grabbed a broken bottle and approached him. Dean then said, “Hitler should have killed all of you,” and sprayed a substance from an aerosol can in the victim’s eyes, causing an intense burning sensation.

Dean, who lives just two blocks from the scene, was charged with multiple crimes, including assault and menacing as hate crimes.