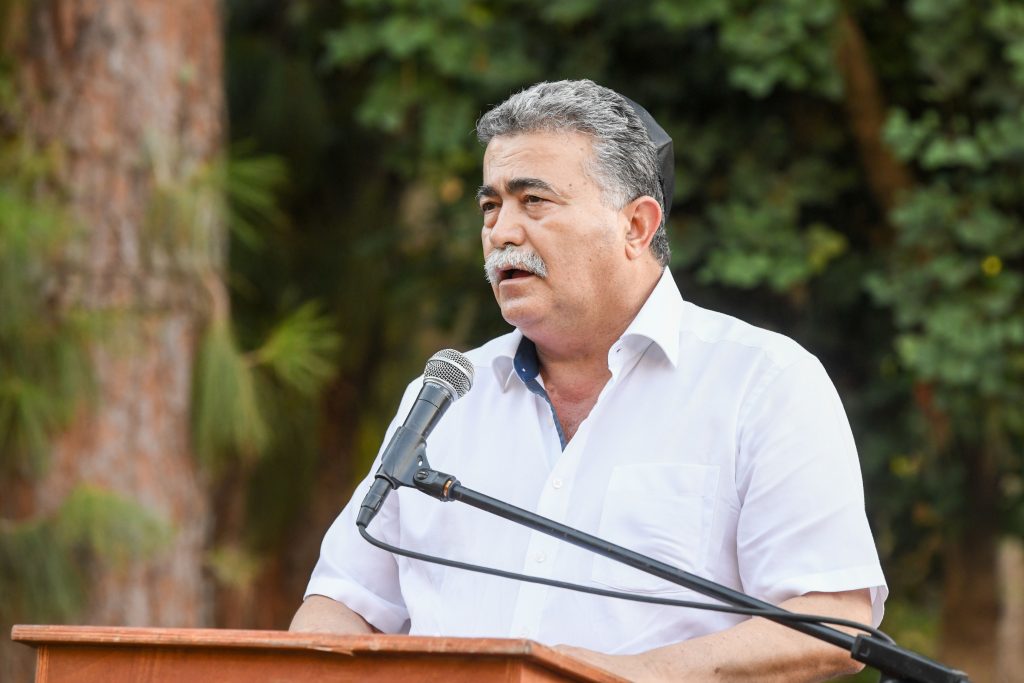 Labor Party chief Amir Peretz shot back at Bennett, saying that the plan represented an alternative to the Netanyahu government’s “piggish capitalism,” which has abandoned ordinary citizens.

Labor proposes to pay for the benefits by raising marginal tax rates on monthly incomes over NIS 44,000; making the marginal tax rate on capital gains equivalent to income; canceling special earmarked funds in coalition agreements; ending “special budgets” for outposts in Yehudah and Shomron; and allowing government debt to increase as a percentage of gross domestic product, among other measures.

He predicted that Peretz’s plan, if implemented, would turn Israel from the “Switzerland of the Middle East” into Venezuela, where the International Monetary Fund predicted inflation would reach 10 million percent this year.

Unfazed by Bennett’s broadside, Peretz challenged Prime Minister Binyamin Netanyahu, to a debate on economic issues. Peretz tweeted, “Bibi, it’s important for you to be applauded by the world’s economists. To me, the Israeli family is important.”

“You stopped seeing Israelis from your admiration for [American economist] Milton Friedman. You two have no children in day care, nor do you have loans to repay. You are not afraid of telephone calls from the bank. You see tables. I see people.” He concluded, “Bibi, if you are so confident in yourself, come debate!”