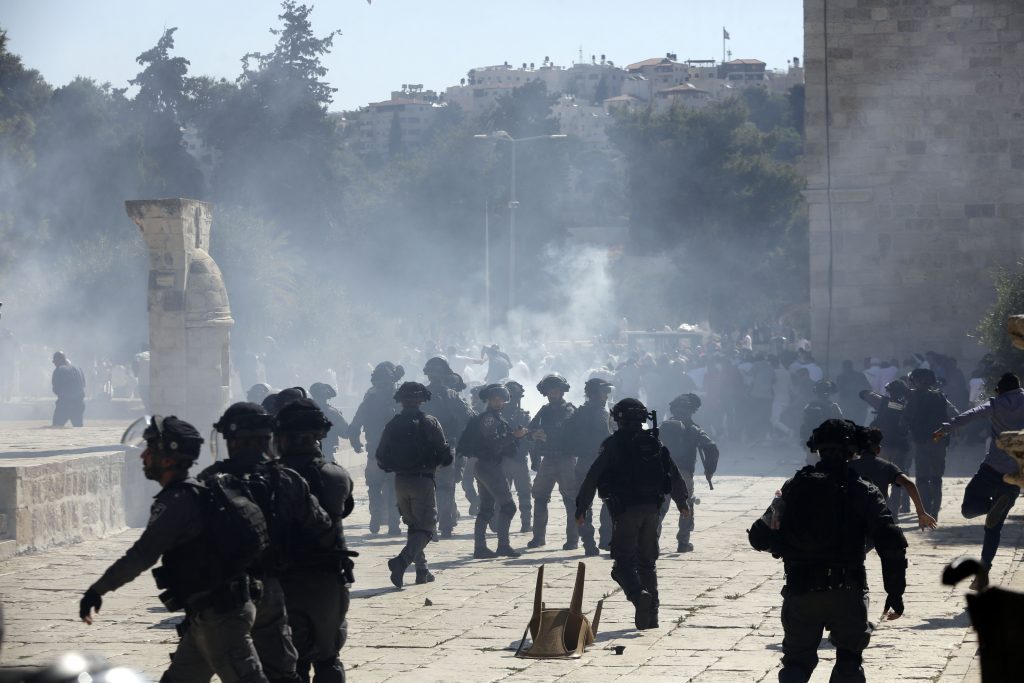 Police on Sunday afternoon said they had taken control of the situation on Har HaBayis, after rioting earlier injured one Jew. The site had been opened to Jews who wished to commemorate Tishah B’Av, but was later closed as thousands of Muslims, who were at the site for an Islamic commemoration, rioted and fought with police. Israeli MKs slammed police for the decision, who then reopened the site for Jews. Some 70 Arabs were injured in the face-off with police.

Over 10,000 Muslims were on the site for the Muslim event, while several dozen Jews sought to ascend the mount. Gedolei Yisrael have ruled many times against ascending Har Habayis at this time.

Police held up the entry of the Jewish group, finally allowing in just a few at a time. As Jews entered the site, Muslims began rioting, attempting to stone the Jewish group and police. Police quickly shut the site – engendering sharp criticism from Israeli MKs on the right, with several including Transportation Minister Betzalel Smotrich, demanding that Prime Minister Binyamin Netanyahu intervene to reopen the site to Jews. “The decision to surrender to Arab terror and violence at our holiest site is the root of the evaporation of our deterrence in other places. Me’aras Hamachpeilah – where many want to go to daven on Tishah B’Av – was also closed to Jews today for their celebration,” he said.

Security officials quoted by Channel 20 said that he had nothing to do with the closure of the site. “The entry to Har HaBayis is determined by police, who evaluate the situation. At no time did the Prime Minister order Har HaBayis closed,” the sources said.

Yerushalayim District police commander Doron Yedid told Israeli media that the decision to allow Jewish visitors to enter the site was made “with the backing of the top political officials.”

Jordan, which serves as the custodian of the site, said in a statement that it had sent a formal complaint to Israel and condemned what it called Israel’s “irresponsible provocations.” Sufian al-Qudah, a spokesman for the Jordanian Foreign Ministry, said Amman holds Israel completely responsible for the violence.