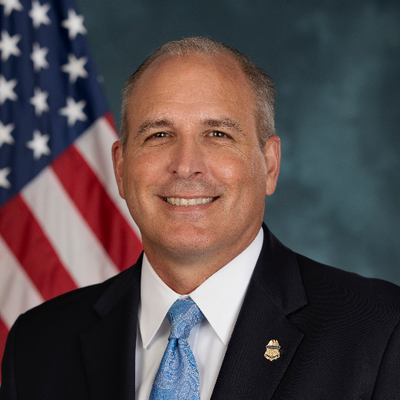 Acting customs and border protection commissioner Mark Morgan said Sunday that the mass immigration raids at Mississippi workplaces last week were not “raids,” disputing the terminology that has been widely used to describe the operation.

Acting homeland security secretary Kevin McAleenan, meanwhile, said he regretted the timing of the raids, which were carried out just days after a mass shooting in which a gunman killed 22 people at an El Paso Walmart. The suspect told authorities that he was targeting “Mexicans,” according to police.”The timing was unfortunate,” McAleenan said on NBC News’ “Meet the Press”

U.S. authorities have in recent days strongly defended the raids amid outrage over images of weeping children arriving home to find their parents missing. The operation has also exposed what state and local officials say is a major shortcoming in ICE procedures for dealing with children, with parents caught up in immigration-related enforcement activities while at work unable to pick their children up from school, day-care centers and elsewhere, leaving some of them deserted and scared.

“In this case, this was a joint criminal investigation with ICE and the Department of Justice targeting worksite enforcement, meaning companies that knowingly and willfully hire illegal aliens so that, in most cases, they can pay them reduced wages, exploit them further for their bottom line,” Morgan said Sunday. “That’s what this investigation was about – a criminal investigation.”

Prosecuting corporations – as opposed to workers – for immigration-related offenses has slowed under the Trump administration, according to a database maintained by Duke University and the University of Virginia and data reviewed by The Washington Post, with only a handful of companies prosecuted for such violations since 2017.

Both Morgan and McAleenan suggested Sunday that videos of children crying after their parents were taken away were designed to elicit sympathy from the public.

“I know it’s emotional. I know it’s done on purpose to show a picture like that,” Morgan said about a widely circulated video of a young girl crying and begging for her father to be brought back.

Morgan added that he “understands” why the girl is upset, “but her father committed a crime.” He said the girl was later reunited with her mother.

“I think it’s important, Chuck – you had a lot of really sympathetic video there, and I want to tell you that ICE took great pains to make sure that there were no child dependent-care issues that were ignored. … They had a process with 14 different caseworkers and phones available to call and find parents and kids and make arrangements, so this was done with sensitivity,” he said.

McAleenan also suggested that the raids were carried out to serve as a deterrent to other potential migrants from Latin America.

Todd interjected, pointing out that Mississippi is not on the border. McAleenan responded that the move was part of a “balanced enforcement strategy.”

“We’ve got to secure the border,” he said. “But we also have to have interior enforcement to stop this incentive, this work opportunity, that we have in the U.S. that employers are exploiting.”

On CNN, Morgan also took issue with the phrase “undocumented immigrants” to describe those targeted by the raids.

“These aren’t undocumented immigrants. These are illegal immigrants,” he said.

He parried questions about reports that President Donald Trump’s companies rely on undocumented immigrants. The Washington Post reported Friday that a Trump-owned construction company has employed undocumented immigrants for years, raising questions about how fully the Trump Organization has followed through on its pledge to more carefully scrutinize the legal status of its workers.

Asked why the federal government is turning a blind eye to the reports about President Trump’s companies, Morgan said he was offended by the question.

“What I can tell you is, in my 25 years, I take offense to saying anyone’s turning a blind eye to someone who’s violating the law,” he said.

Morgan also disputed the notion that there has never been a raid or investigation into Trump’s companies.

“You really can’t say that for sure, because there are investigations going on all the time … and we shouldn’t be aware of those investigations” because it could jeopardize them, he said.