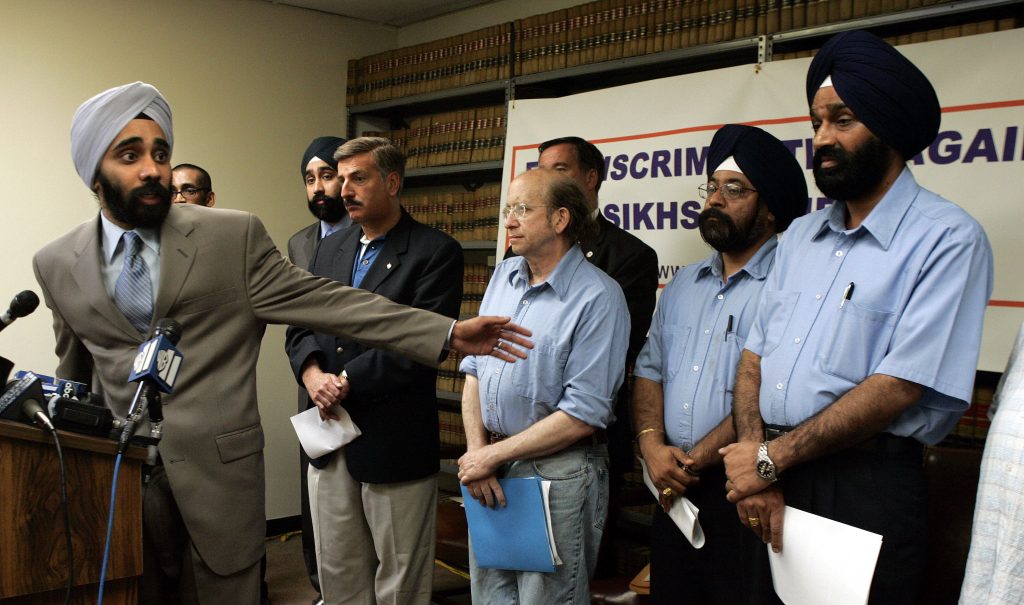 Employers may not refuse to hire or promote, nor may they take any other discriminatory action against, an employee or prospective employee due to their wearing clothing or facial hair in accordance with their religious beliefs. There is an exception if the employer demonstrates that he is unable to reasonably accommodate the person’s religious practice without undue hardship on the conduct of the employer’s business.

The legislation mentions, as “an example of the need for this bill,” the case of a Sikh man who worked for the MTA, but was ordered to remove his turban and wear the MTA hat. When the man objected on religious grounds, the MTA said he may wear the turban if he placed an MTA badge on the front. “This was unacceptable,” says the legislation, “as wearing a turban is a solemn religious duty for Sikhs and affixing a badge to it would not be religiously proper.”

Cuomo said the new law “makes it crystal clear to anyone who may still have doubts that New York has zero tolerance for bigotry of any kind.”

“As New Yorkers we celebrate our diversity and we champion freedom of religious expression in all places, including the workplace,” the governor said.

State Senator John C. Liu, sponsor of the Senate version of the legislation, said, “In these divisive times, New York must lead in protecting religious expression and eradicating bigotry and intolerance.”