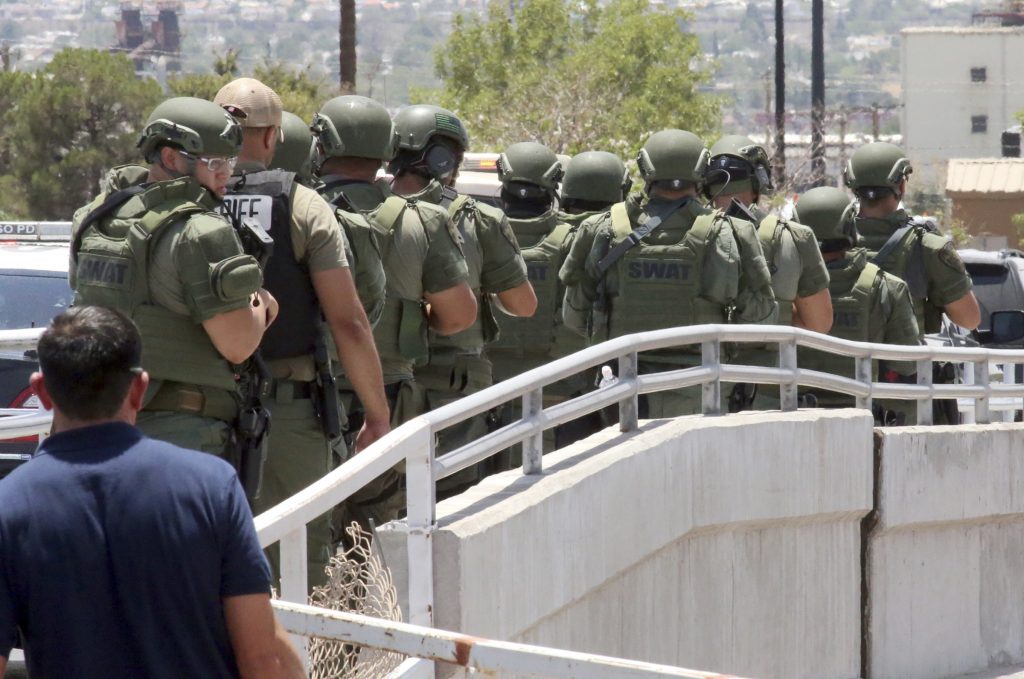 As funerals were held Thursday in Mexico for some of the country’s citizens who died in the El Paso shooting, a lawyer for the suspected gunman’s family said they never heard him express racist views.

Authorities believe Patrick Crusius, 21, wrote a racist, rambling screed that railed against mass immigration before opening fire last weekend at a Walmart. Crusius lived near Dallas, and El Paso police say he drove more than 10 hours to the largely Latino border city in Texas to carry out the shooting that killed 22 people and wounded about two dozen others. He’s been charged with capital murder.

Chris Ayres, a Dallas-based attorney for Crusius’ family, told The Associated Press in an email they never heard Crusius express the kind of racist and anti-immigrant views that he allegedly posted online.

“These views were never expressed to the family. Ever,” Ayres wrote.

The lawyer did not address questions about how the weapon used in the attack was obtained. But he said Crusius “occasionally shot guns, as many do, with his dad.”

A spokesman for the police department in the Dallas suburb where the suspect’s family lives confirmed Thursday that the department had received a telephone call from a woman expressing concern about the legality of Crusius plan to buy an “AK” style rifle. Lawyers for the Crusius family say the call came from his mother.

The call came into the Allen Police Department on June 27, said Sgt. Jon Felty. “She was concerned about her son buying a weapon online or at a retail establishment,” he said. Specifically, she asked if her son was old enough and what qualifications he would need. She was told that her son was old enough but that a background check would determine whether he was qualified to make the purchase, Felty said.

The caller never identified herself or her son, he said. “At no time did she express a concern for anything but the safety of her son.” She was asked if her son might be suicidal or had shown recent behavior changes and said she had seen no changes, Felty said.

Mexican officials have said eight of the people killed in the shooting were Mexican nationals. They called the attack an act of terrorism against their citizens on U.S. soil.