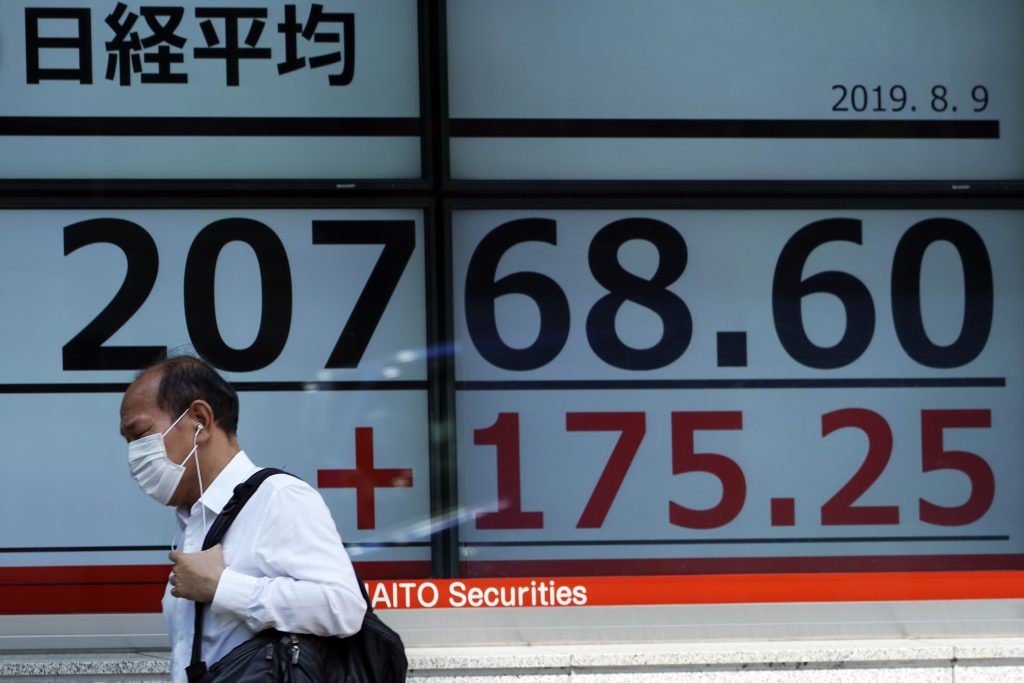 Asian shares were mixed Friday as investors bought back stocks following gains on Wall Street, although worries about a trade dispute between the U.S. and China remained.

Data on Japan’s economy for the April-June quarter was better than expected and added to the optimism. The Cabinet Office reported that Japan’s gross domestic product, or the total value of a nation’s goods and services, grew at a seasonally adjusted annualized rate of 1.8% during the three months ended in June, compared to the previous quarter.

Technology companies powered stocks broadly higher on Wall Street on Thursday, driving the S&P 500 to its best day in more than two months and erasing its losses for the week.

The rally, which pushed the Dow Jones Industrial Average up by more than 370 points, followed an early rise in bonds yields after a weekly government report on unemployment claims came in better than economists had expected.

The absence of new worrisome turns in the U.S.-China trade tussle may have also helped keep investors in a buying mood.

President Donald Trump spooked the markets last week when he threatened to impose 10% tariffs on all Chinese imports that haven’t already been hit with tariffs of 25%.

Beijing lowered the trading band for its yuan again Friday but the currency was trading above the low point hit earlier in the week.

The Chinese central bank rattled financial markets when it allowed the yuan to fall to an 11-year low against the U.S. dollar on Monday in what economists said was a “warning shot” to Washington in the midst of a tariff war.

On Friday, the People’s Bank of China set the starting point for trading at 7.0136 to the dollar, down from 7.0039 on Thursday. The yuan was trading at 7.0474 at midday, above Wednesday’s low of 7.0662. Investor anxiety has eased following central bank statements promising sharp declines will not continue and the exchange rate will be kept stable.

“Share markets are at risk of further short-term volatility and weakness on the back of the escalating U.S.-China trade war, Middle East tensions and mixed economic data,” said Shane Oliver, chief economist at AMP Capital.