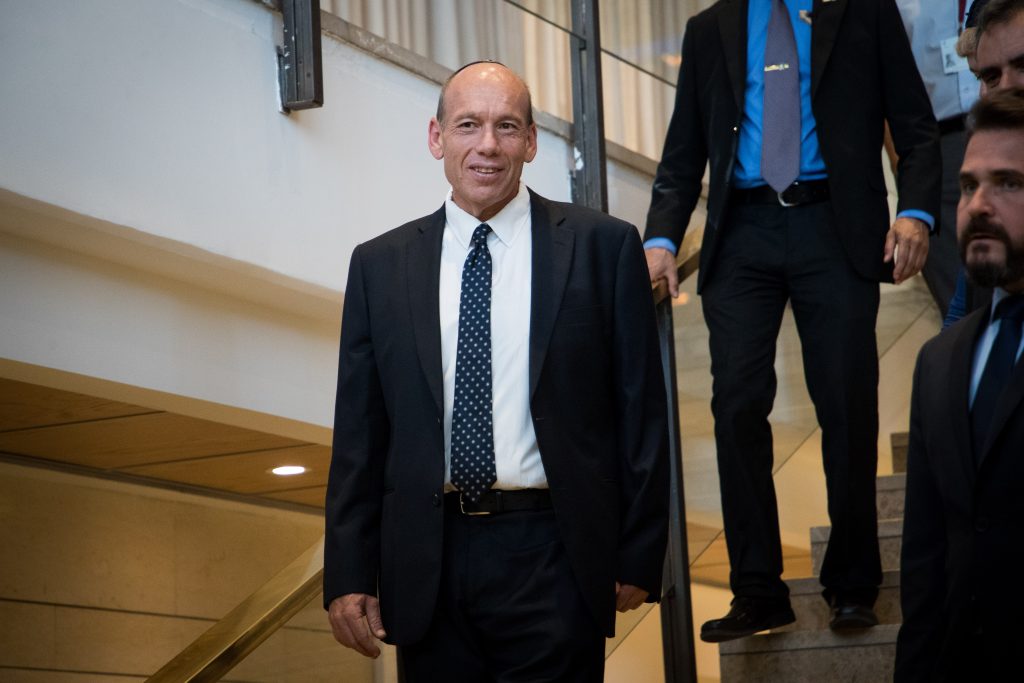 Three members of the State Comptroller’s Permits Committee have resigned in a row over a prior decision concerning Israeli Prime Minister Binyamin Netanyahu’s request for approval to receive donations for his legal defense from wealthy benefactors in the U.S.

Avigdor Ravid, Nurit Israeli and Ezra Kama submitted their letter of resignation, but without giving a reason for it.

According to Channel 13, the issue prompting the resignations was a dispute with recently appointed State Comptroller Matanyahu Englman over the handling of Netanyahu’s request.

The resignations were largely a symbolic protest, since their terms were due to expire next month in any case.

The committee, chaired by former judge Shalom Brenner, has ruled that the prime minister Netanyahu must disclose the details of his personal wealth before such funding for his legal defense can be approved.

In addition, the committee instructed Netanyahu in June to return $300,000 to U.S. businessman Nathan Milikowsky, after he had already received it.

Relations between the three and Englman have been fraught for weeks. In a meeting late last month, Englman sharply rebuked them for their demand that Netanyahu return the money to Milikowsky, saying it overstepped the committee’s authority.

“Your job is to decide whether to permit or not, nothing more. Don’t run my office,” Englman was quoted by Channel 13 as telling the committee members.

“The committee’s work has now all but ground to a halt with the appointment of Englman, a candidate for the post backed by Netanyahu and elected by the Knesset coalition earlier this year,” The Times of Israel noted.