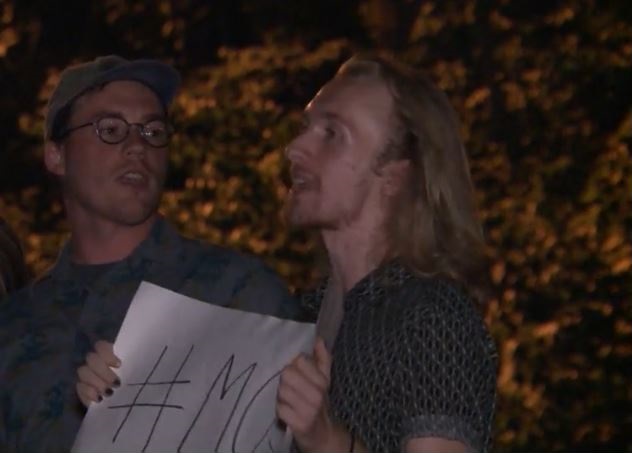 A move by Twitter to freeze the account of Senate Majority Leader Mitch McConnell’s campaign has prompted a backlash by President Donald Trump’s campaign and national Republican groups, who have vowed to stop buying ads on the social media platform until the account is unfrozen.

On Wednesday, Twitter locked McConnell’s campaign account from further activity as punishment for its sharing of a video of protesters screaming obscenities outside the Kentucky Republican’s home. The social media company said it will not unlock @TeamMitch unless it agrees to remove the video.

Officials for the Trump campaign, the National Republican Committee, and the Republican Senate and House campaign arms accused Twitter of bias and tweeted Thursday that their organizations are withholding their advertising dollars until the issue is resolved.

“#MassacreMitch trended on @Twitter for a full day, and they did nothing,” Kevin McLaughlin, executive director of the National Republican Senatorial Committee, said in a tweet. “Someone threatens to stab the Majority Leader, @TeamMitch posts the video and THEY get locked out. @NRSC is not spending $ until this is adequately addressed.”

Richard Walters, chief of staff for the RNC, shared McLaughlin’s post and added: “The @GOP and @TeamTrump stand with the @Team_Mitch and the @NRSC. Any future ad $ either organization was planning to spend with @Twitter has been halted until they address this disgusting bias.”

The National Republican Senatorial Committee soon followed suit, as did Sen. Ted Cruz (R-Texas), a frequent critic of the social media platform, who called the move “unbelievable even for Twitter.”

“We firmly believe that if a platform allows #massacremitch to trend but locks our account because we posted threats made against him, there is something deeply wrong with that platform,” Golden said Thursday, referring to a hashtag used by critics blaming McConnell for blocking stricter gun laws.

Republicans have in recent years sharply criticized Twitter, Google, Facebook and other internet companies, arguing that they have silenced the voices of conservatives.

Trump has repeatedly threatened to investigate the companies, sparking hearings and similar calls for tough new laws among Republicans on Capitol Hill. The president also last month used his bully pulpit to accuse the companies of “terrible bias” at a White House summit. Trump has not provided evidence for his allegations, and critics contended that the event gave a prominent stage to some of the internet’s most controversial, incendiary voices.

The video that prompted Twitter to lock McConnell’s campaign account shows a group of protesters gathered outside the senator’s Louisville home on Monday. A woman, identified by the Louisville Courier-Journal as Black Lives Matter Louisville leader Chanelle Helm, is heard on the video mocking McConnell’s recent shoulder injury.

She then yells, “Just stab … in the heart, please.” Someone also yells, “Die!”