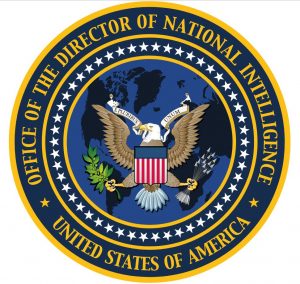 Sue Gordon, a career intelligence official who serves as the deputy to the director of national intelligence, will resign Aug. 15, President Donald Trump announced in a tweet Thursday.

Gordon’s exit will allow Trump to choose an official to take her place and serve in an acting capacity as the nation’s top intelligence official.

By law, the principal deputy director of national intelligence becomes the acting director when that position is vacant, meaning Trump can select another person to serve as acting director without having to formally nominate someone to the position, legal experts said.

“Sue Gordon is a great professional with a long and distinguished career. I have gotten to know Sue over the past 2 years and have developed great respect for her,” Trump wrote.

“A new Acting Director of National Intelligence will be named shortly,” he added.

Trump had earlier intended to nominate Rep. John Ratcliffe, R-Texas, as the director of national intelligence, replacing Daniel Coats, who is resigning the same day as Gordon. But Ratcliffe’s potential nomination collapsed amid bipartisan criticism about his lack of national expertise and allegations that he padded his résumé as a former federal prosecutor.

Trump had also told aides that he didn’t want Sue Gordon to remain in her post, according to a White House official.