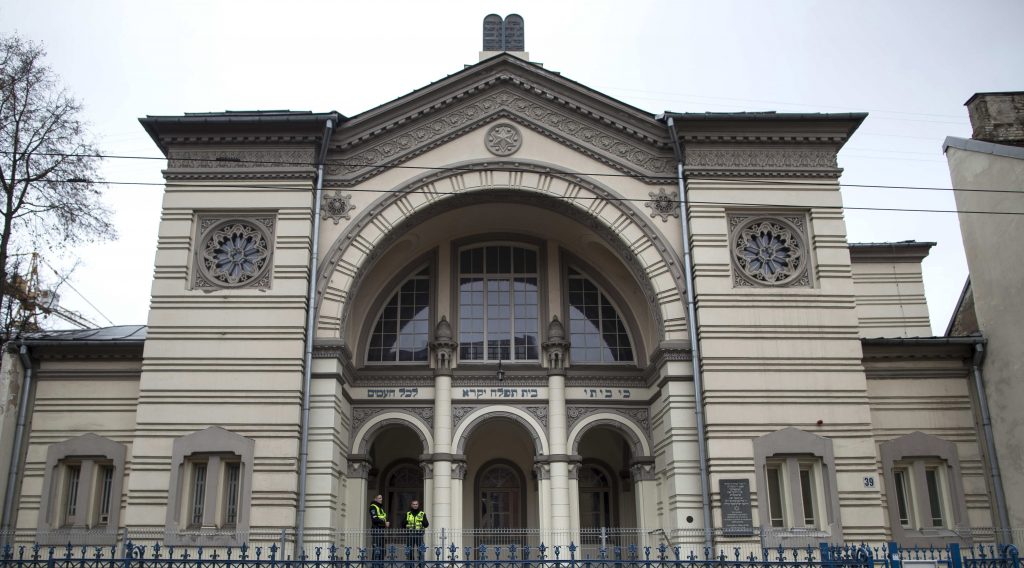 Jewish leaders in the Lithuanian capital are indefinitely closing the city’s sole synagogue and community center following threats sparked by an emotional debate over the country’s World War II-era history.

Community leader Faina Kukliansky told The Associated Press on Wednesday that the community has been receiving threatening calls and letters lately.

“There is an atmosphere of tension and incitement,” Kukliansky said.

The closures come after the Vilnius municipality decided to remove a memorial plaque for a Lithuanian general killed by the Soviets and rename a street originally named after a World War II-era diplomat.

Both wartime figures are controversial, praised by some as national heroes but condemned by others as possible collaborators with Nazi occupiers. A rightwing rally is scheduled later in Vilnius on Wednesday to protest the municipality’s moves.

The dispute mirrors similar disputes across Central and Eastern Europe, where nations that lost their independence to the Soviet Union are today celebrating those who fought the Soviets as they assert their renewed national sovereignty. In some cases, those national freedom fighters had aligned with Nazi Germany against the Soviets during the war, thus becoming complicit in the destruction of Jewish communities.

The result is what Jewish scholars and communities see as a form of Holocaust revisionism.

A police spokesman, Ramunas Matonis, told the AP that no investigation has been opened into the threats because police have not received any formal request from the Jewish community.

Lithuania was traditionally tolerant of its large and influential Jewish community. Tens of thousands of Jews lived in the capital city’s Jewish quarter at the start of the Second World War, and their numbers swelled as many fled Poland after the Nazi invasion.

But Nazi persecution eventually devastated the community, with over 90% of all Jews killed.