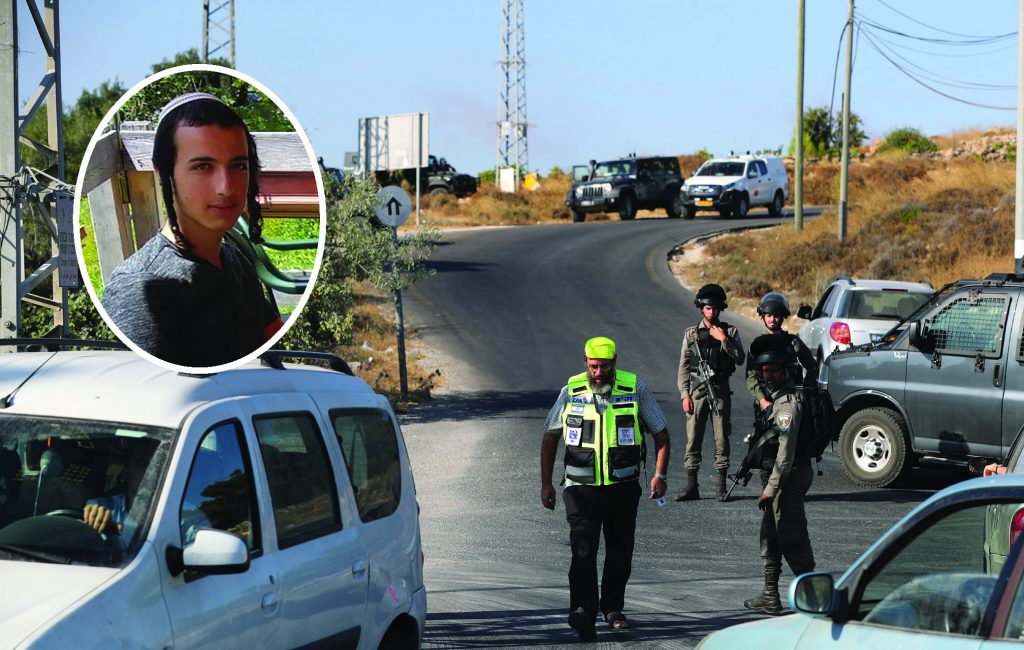 Israeli troops raided a Palestinian village on Thursday and the IDF said it was sending reinforcements to Yehudah and Shomron, hours after the body of a 19-year-old soldier with stab wounds was found near Kibbutz Migdal Oz.

The victim, later identified as Dvir Sorek, Hy”d, of Ofra, was studying at the Ohr Torah Machanayim Hesder yeshivah, and had joined the IDF while continuing his studies in the yeshivah.

The 19-year-old had been missing since Wednesday evening. Sorek’s body was found at approximately 3 a.m. along a road leading to Migdal Oz.

The levayah of Dvir is to be held Thursday night, 8 p.m., at the Ofra cemetery. The family has asked that the levayah be held without mass media coverage.

Army spokesman Lt. Col. Jonathan Conricus said that Sorek was neither armed nor in uniform when his body was found. He said the military was investigating the circumstances of his death and searching for suspects.

As part of the searches, a column of Israeli jeeps entered the nearby Palestinian village of Beit Fajar, a mile south of where the body was found. Soldiers blocked the road and searched homes.

There was no immediate claim of responsibility, but the Palestinian terror group Islamic Jihad called the killing “heroic and bold.”

Prime Minister Binyamin Netanyahu said in a statement that security forces were “in pursuit now in order to capture the despicable terrorist and bring him to justice.”

Speaking at the inauguration of new settlement homes in Beit El, Netanyahu said Israel “will reach those who seek to harm us; we will strengthen our roots in our homeland.”

The IDF was investigating if this was an attempted kidnapping, similar to the abductions and murders of Naftali Fraenkel, 16, Gilad Shaer, 16, and Eyal Yifrach, 19, Hy”d, in the same area in June 2014. That attack by the Hamas terror group sparked over a month of intensive searches and mass arrests in Yehudah and Shomron and eventually snowballed into a devastating conflict between Israel and Hamas in the Gaza Strip.

In recent months, the Shin Bet has warned that Hamas has put considerable effort and resources into recruiting operatives to carry out attacks in Yehudah and Shomron and Israel.

President Reuven Rivlin offered his condolences and said the security forces were “pursuing the murderers and will not rest until we find them.”

“Our prayers this morning are with the family of the murdered soldier and our hearts grieve for the life cut short,” Rivlin said. “We fight terrorism without compromise to ensure the security of our people.”