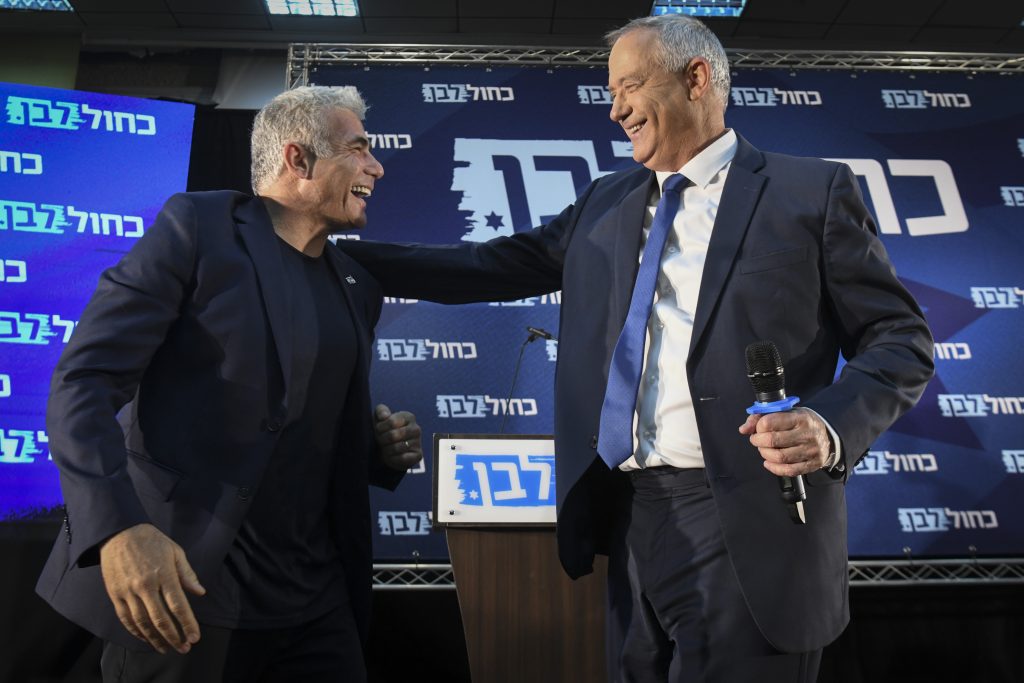 Amid weeks of polls showing that Israeli Prime Minister Binyamin Netanyahu’s Likud party will not be able to hope for a majority without Avigdor Liberman’s Yisrael Beytenu, it has turned to Blue and White leader Benny Gantz. But only on condition that he agrees to a unity government without his No. 2, Yair Lapid.

“We have no problem going with Gantz — without Yesh Atid,” Likud MK David Bitan told Radio Darom in an interview, referring to Lapid’s faction in Blue and White.

But the response from Gantz was not encouraging. He has his own condition: namely he’ll join Likud—without Netanyahu.

“We are discussing with Likud MKs with the intention of forming a government without Netanyahu after the elections. In any case, Netanyahu’s plans will receive the same response he did when he approached us before dragging us into the current election campaign – a negative answer,” Blue and White said in a statement.