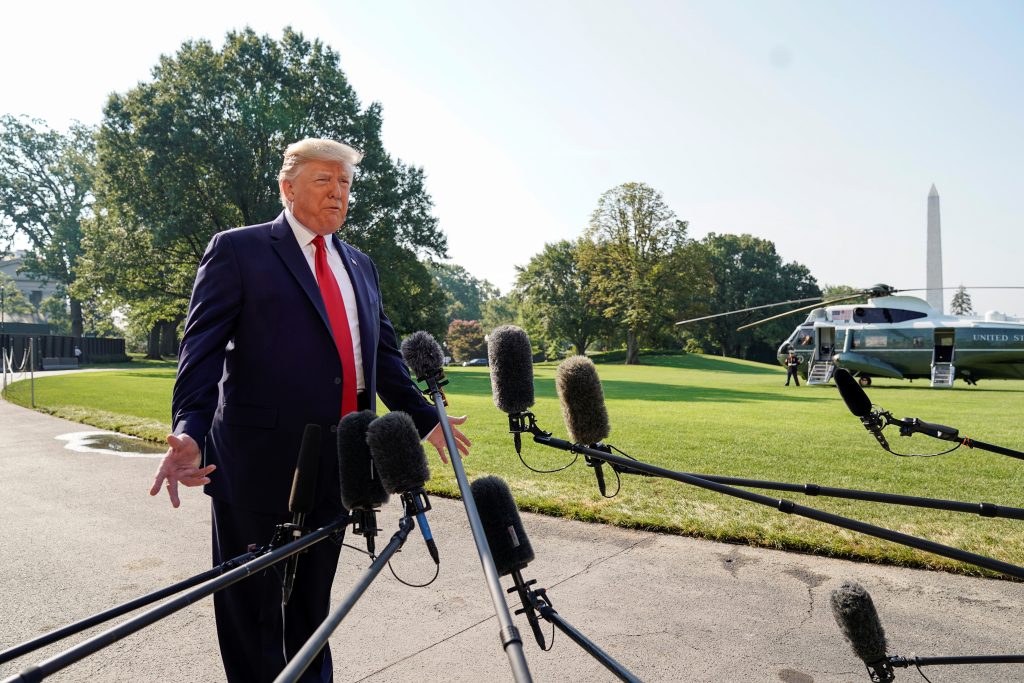 President Donald Trump faced an uncertain welcome on Wednesday as he headed for the sites of the two latest deadly mass shootings, one of them being investigated as a hate crime.

Trump was scheduled to visit Dayton, Ohio, scene of a rampage early on Sunday in which nine people and the suspect were killed, and then travel on to El Paso, Texas, where 22 people were killed at a Walmart store on Saturday before the gunman was taken alive.

Dayton Mayor Nan Whaley, a Democrat, said on Tuesday she would welcome the Republican president, who has said he wants to meet law enforcement, first responders and survivors.

Democrats have accused Trump of hiding behind talk of mental illness and the influence of social media rather than committing to laws they insist are needed to restrict gun ownership and the types of weapons that are legal.

Trump’s plan to visit the predominantly Hispanic west Texas border city of El Paso was especially controversial for another reason.

Authorities in Texas have said they are investigating Saturday’s shooting spree as a hate crime and an act of domestic terrorism. They cited a racist manifesto posted online shortly before the shooting, which they attributed to the suspect.

Trump, in his White House speech on Monday, condemned “sinister ideologies” and hate. His supporters say Democrats are unfairly blaming him for the behavior of criminals.

Former Texas congressman and El Paso native Beto O’Rourke, who is seeking the 2020 Democratic nomination for president, said Trump “helped create the hatred that made Saturday’s tragedy possible” and thus “has no place here.”

In an apparent answer to his criticism, Trump said on Twitter late on Tuesday O’Rourke “should respect the victims & law enforcement – & be quiet!”

Not everyone agreed that Trump should stay away.

“This is not a political visit,” Mayor Dee Margo told reporters. “He is president of the United States. So in that capacity, I will fulfill my obligations as mayor of El Paso to meet with the president and discuss whatever our needs are in this community.”