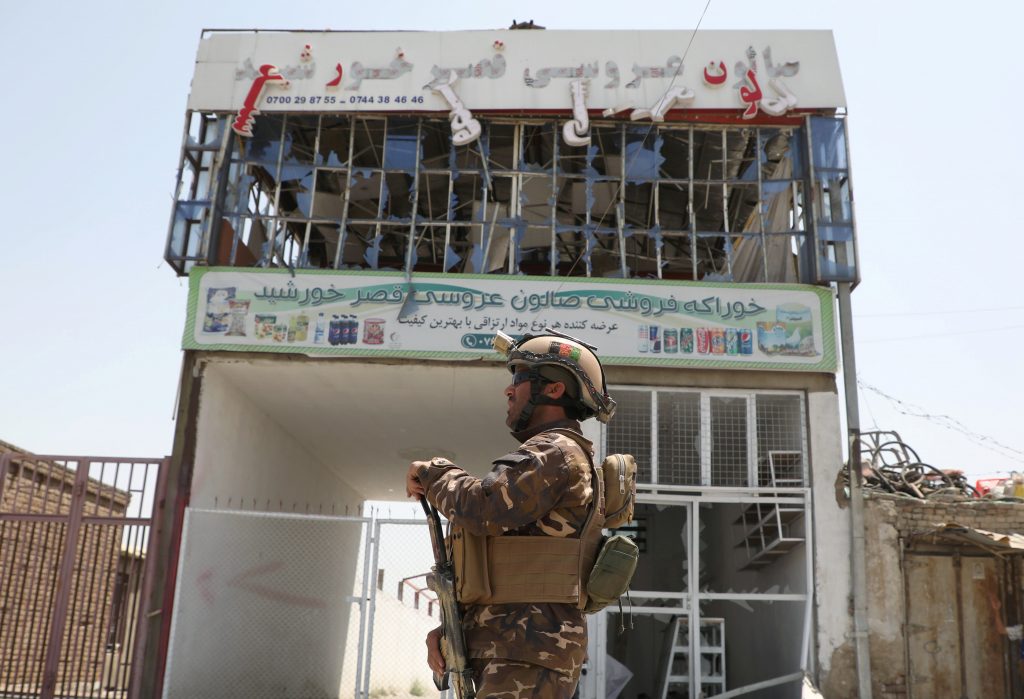 The Taliban claimed responsibility for a suicide car-bomb attack on a police station in the Afghan capital, Kabul, on Wednesday which the government said killed 14 people and wounded 145.

There has been no let-up in violence in Afghanistan even though the Taliban and the United States appear close to a historic pact for U.S. troops to withdraw in exchange for a Taliban promise the country would not be used as a base from which to plot attacks by terrorists.

The blast, in the west of the city during the morning rush hour, sent a huge cloud of grey smoke billowing into the sky.

The Taliban said a “recruitment center” had been attacked by one of their suicide bombers.

“A large number of soldiers and police were killed or wounded,” the Taliban said in a statement.

Deputy Interior Minister Khoshal Sadat later told a news conference 14 people had been killed and 145 wounded. Four of the dead were policemen and the rest civilians, while 92 of the wounded were civilians, he said.

The bomb went off when the vehicle carrying the device was stopped at a checkpoint outside the police station, said interior ministry spokesman Nasrat Rahimi.

Women and children were among the casualties, the health ministry said.

Pictures from the scene showed extensive damage with facades blown off buildings and a jumble of rubble and vehicles strewn through the area.

“Again a Taliban suicide attack in Kabul targets a civilian area that resulted in harming of so many innocents,” Sediq Sediqqi, a spokesman for President Ashraf Ghani, said on Twitter.

“Continued Taliban attacks indicate that they have no commitment to peace,” Sediqqi later told the news conference.

The blast came a day after the Taliban called for a boycott of a Sept. 28 presidential election and threatened to attack election rallies.

Three members of the security forces were also killed, an agency spokesman said.

Both the U.S. peace envoy leading talks with the Taliban, and the Taliban reported significant progress this week in their talks in Qatar aimed at ending America’s longest war.

The terrorists control more territory than at any point since the United States bombed them out of power in 2001 and many government officials fear their war with the Taliban will not end if U.S. troops leave.

About 20,000 foreign troops, most of them American, are in Afghanistan as part of a U.S.-led NATO mission to train, assist and advise Afghan forces. Some U.S. forces carry out counter-terrorism operations.

President Donald Trump has announced his aim to end the war.