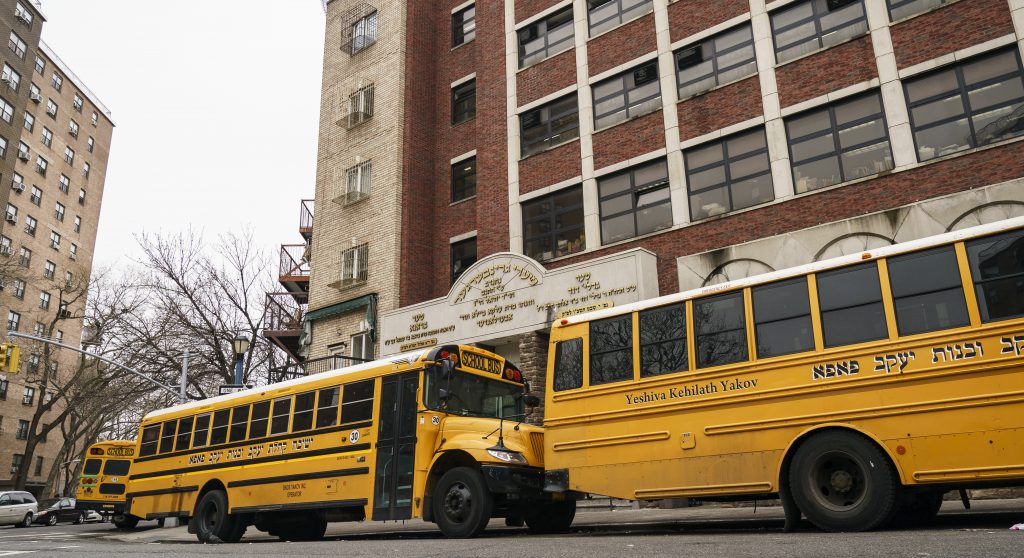 Yeshivos and nonpublic schools in New York City will be receiving one of the largest increases in memory to supplemental services for academically challenged students, following a long series of negotiations between private school advocates and the NYC Department of Education.

The agreement and forthcoming windfall to the students who qualify for it were reached after discrepancies were raised between what many in the private school community felt is owed by law in Title I services and what city authorities were actually delivering. Appeals by nonpublic school advocates to newly established government oversight bodies yielded positive results and ultimately gave way to direct, positive negotiations.

“After years of trying to address this matter, we are glad to have arrived at a satisfactory resolution in close cooperation with the NYC DOE. We look forward to seeing the children receive the services they need and deserve, so that more children can receive a better education,” Avrohom Weinstock, Agudath Israel of America’s chief of staff and Associate Director of Education Affairs, who took a lead role in the matter, told Hamodia. “We are also grateful for the spirit in which the NYC DOE engaged in negotiations. It took some time to get right, but the attitude was essentially: How do we fix this to benefit all children?”

Commonly referred to simply as Title I, this program is the largest federal education source of services for elementary and secondary schools. In some form, Title I has existed since the Elementary and Secondary Education Act of 1965 (ESEA), aimed at providing extra help to students in low-income areas who seem at risk to underperform in one of several core subjects. The program has since gone through several iterations, including the No Child Left Behind Act of 2001 and, most recently, the Every Student Succeeds Act of 2015 (ESSA). While funding is paid to teachers or third parties providing extra help to students, the precise amounts available are determined by a number of factors in the schools’ census and are delivered through local school districts.

One notable change of ESSA was the creation of system of state-appointed ombudsmen and ultimately the federal Department of Education to review complaints about the equity and transparency of the delivery and allotment of funds.

The reform proved essential in the present push by private school advocates.

“We felt our claims had merit, so having a system in place that allowed a third party to hear our perspective and evaluate it was a game changer in this case,” said Mr. Weinstock.

The Agudah worked closely with several seasoned nonpublic school advocates, including Sara Seligson of the Jewish Education Project, Michael Coppotelli of the Archdiocese of New York, and others.

A number of factors converged that the Agudah and its partners felt had left their institutions shortchanged. First, advocates felt that the city was not allowing private schools the depth of consultation they were owed to gain a full understanding of their needs, a core requirement of ESSA.

Another impediment to private schools receiving the funding levels owed was what advocates argued was a faulty system of counting students that significantly underestimated the number of individuals who generated federal aid. Examples included exclusion based on minor discrepancies in the spelling of a child’s name, address or other information. Variant Hebrew and Yiddish name spelling particularly confused the system.

The “pull-out” tutoring services and other extra instruction funded under Title I were also historically provided by a very narrow set of providers. Part of the complaint requested that NYC allow services to be provided by a significantly wider swath of companies, allowing schools to select the provider that affords the best educational services for the best price. Having broader service provider options is especially critical to Jewish schools, where secular studies begin in the latter part of the day, when many teachers are not employed.

“We need a delivery model that works for our schools,” said Mr. Weinstock.

These and other technical issues were detailed in a technical complaint penned by Agudah attorneys that ran several hundred pages and was submitted to New York State’s ombudsman. After a review process that lasted several months and concluded this past winter, the ombudsman largely recognized the claims of the nonpublic school advocates and ordered the city to comply.

The NYC DOE, under the leadership of Bernadette Fitzgerald, Senior Executive Director of the Office of Non Public Schools, spent months and hundreds of hours working with nonpublic school advocates to revamp the Title I process and the generation of funds, contracts and delivery models.

Advocates were grateful for the progress but felt that more should be done regarding compensation for funds owed from past years. Citing a specified look-back precedent for similar issues regarding Title I services, the advocates appealed to the federal Department of Education in the form of another detailed brief. After considerable discussion last week, an agreement was reached, recognizing this point and directing additional services to be provided to compensate for the shortfall in services provided in recent years.

Rabbi Chaim Dovid Zwiebel, who in addition to his role as Executive Vice President of the Agudah serves as Chairman of the New York City Committee of Independent and Religious schools, welcomed the outcome.

“This was not an easy or a quick process, but we are grateful that it bore fruit and that it will help academically and emotionally struggling children for years to come,” he said.