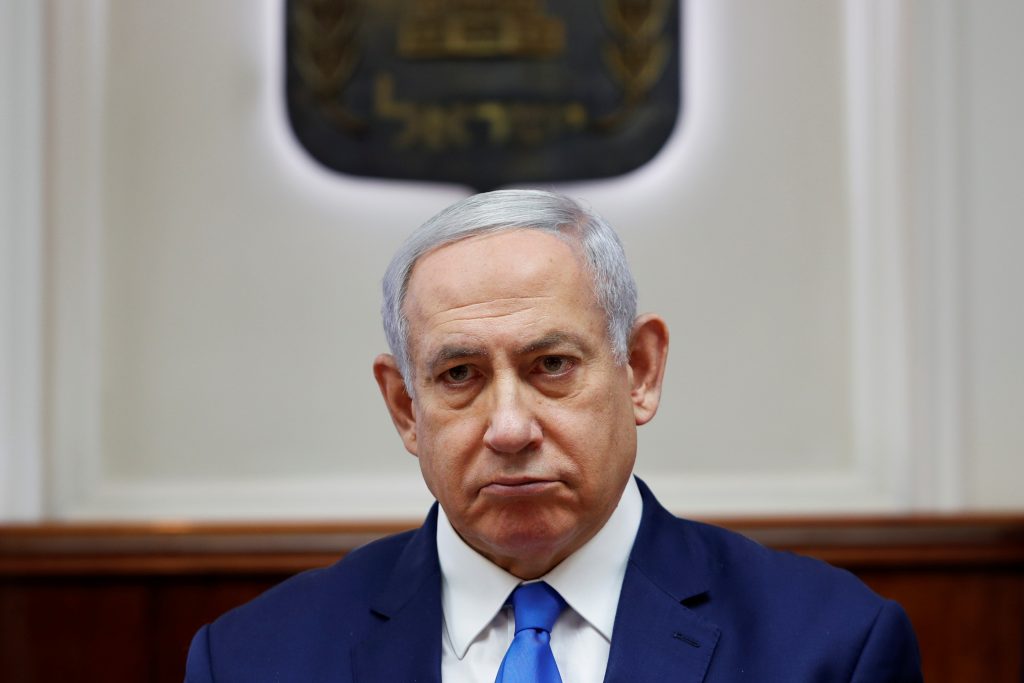 Prime Minister Binyamin Netanyahu on Wednesday committed to establish a rightwing government after the September elections – and declared that he would not consider a coalition with non-right parties, like Blue and White. “My commitment is clear: to establish a strong rightwing government after the election and continue to lead Israel to unprecedented accomplishments, and to ensure the security of Israelis. There will not be a unity government,” he said.

Netanyahu made the comments in an op-ed piece in Yisrael Hayom. The op-ed was a response to commentary by the newspaper’s analyst, Moti Tuchfeld, that the prime minister would apparently have no choice but to establish a unity government with Blue and White after the election. With the statement, Netanyahu joins Benny Gantz of Blue and White in voiding the possibility that the two will work together to avoid a governmental deadlock, which the polls show is all but inevitable.

Netanyahu urged rightwing voters to choose the Likud. “We cannot repeat the errors of the last election, when the right threw away seven Knesset seats,” he wrote. “We cannot endanger our efforts by voting for parties that have a slim chance of passing the electoral threshold, thus the vote must be for the Likud.”

Regarding Avigdor Liberman, Netanyahu said that “on Sunday he declared that he would recommend Gantz for prime minister. That alone should be enough to urge everyone to vote Likud. The Likud must be the biggest party in order to ensure that we are asked to form the government, without giving Liberman the opportunity to lead us into a weak government led by Gantz and Yair Lapid. If you don’t vote Likud, you are in essence voting for a leftist government led by Gantz. Only a big Likud can ensure that a righwing government that looks out for Israel’s interests is established.”

Meanwhile, a report in Maariv said that in a meeting with top staff Tuesday night, a glum Netanyahu said that the situation was “very bad.” The polls continue to show that Netanyahu will be unable to establish a government with just the chareidi and rightwing parties, and that Yisrael Beytenu continues to hold the balance of power in coalition negotiations.

Netanyahu, the report said, intends to get more votes from Moshe Feiglin’s Zehut and Itamar Ben-Gvir’s Otzma Yehudit – by pressuring the two to drop out of the election. A report on Channel 13 said that Netanyahu representatives had offered Feiglin a deal – offering to cover his debt of NIS 3 million for the previous and current election campaign, as well a position in the government – if he shuts Zehut down.