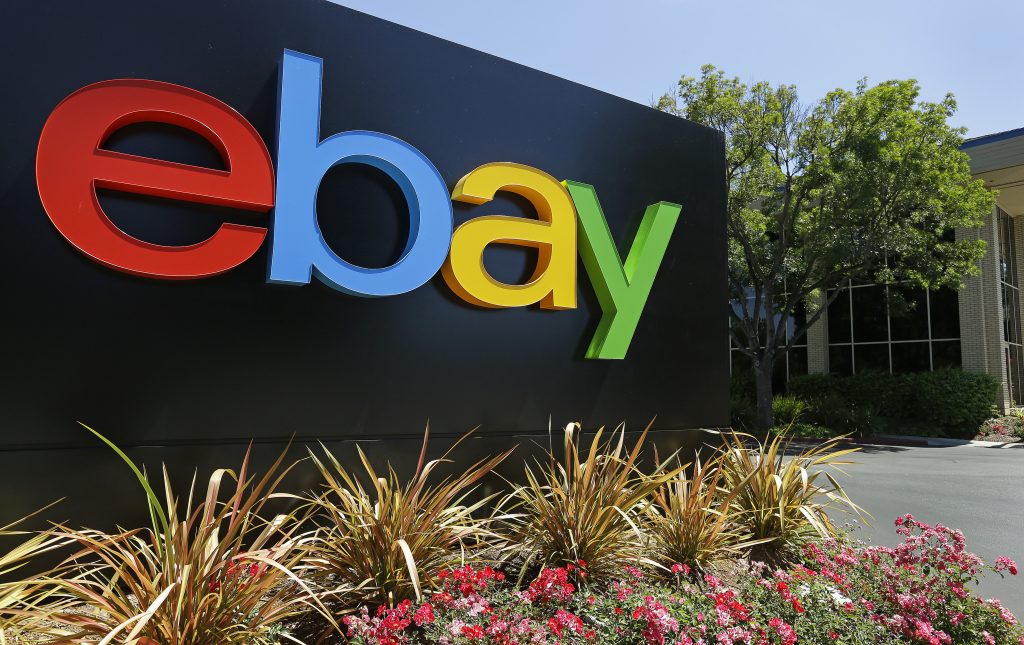 California has the toughest gun laws of any state, particularly when it comes to the types of weapons used in a spate of recent mass shootings. EBay, the state’s biggest e-commerce company, would like to give the impression it takes a similarly hard-line stance on them.

The auction site prohibits sellers on its marketplace from offering complete firearms of any kind, from varmint guns to Glocks. And it specifically bars parts and accessories for assault rifles, which California banned in 1989 and further restricted in 2016.

But while its larger rival Amazon enumerates a long list of banned items including ammunition magazines, pistol grips, flash suppressors and folding stocks — the components that separate assault weapons from legal rifles in California’s eyes — eBay takes a hazier approach. Its marketplace rules prohibit only “products that mention capability with an assault weapon, even if the part or accessory fits non-assault weapons.”

That language leaves plenty of gray area that sellers are happy to exploit.

In recent weeks, as shooters embarked on deadly rampages in Gilroy, El Paso and Dayton, Ohio, a shopper on eBay could buy a variety of products designed to make the types of weapons used in those attacks as deadly as possible.

One could find legal 10-round magazines for popular assault rifle models such as the AR-15 and the AK-47, in various materials and designs; an “enhanced mag pull” intended to promote “quick and fumble-free magazine changes,” and an olive-drab tactical vest for holding up to eight such magazines at a time.

There are accessories for high-capacity magazines, banned in California, including a Magpul-brand coupler that holds two 30-round clips of M16 bullets. “I love it how you can double your rounds without having to use a drum and all the problems with a drum,” raves a top review, referring to the type of ammunition drum used in the Dayton massacre.

Listings promote vintage AK-47 bayonets, despite assault rifle bayonets having their own entry in eBay’s prohibited items list, and enhanced AR-15 charging handles, allowing a shooter to cock the gun more quickly after changing magazines. Sellers hawk barrel-mounted grips useful for pairing with a “bump stock” — a federally banned item that allows a semiautomatic weapon to function as if it were fully automatic — and various collapsible stocks and tactical single-point slings that make bulky rifles easier to conceal.

With 25 million sellers and more than 1.2 billion listings, preventing buyers and sellers from finding ways around its rules is a Sisyphean task for eBay, akin to the struggles social-media sites face policing extremist content and misinformation. In a statement, the San Jose company says software systems “prevent most prohibited items and unsuitable content from ever being listed. Our team also reviews content and images in finer detail to address items or content that was not automatically prevented.”

Yet eBay lists and profits from the sale of dozens of products that appear to violate its rules. Some show up as promoted results, meaning the seller has paid eBay to display them prominently in searches. Some appear on pages promoted by eBay in Google searches — even though Google has a policy of its own barring any advertising for gun-related products.

(Asked about the eBay promotions, a Google spokeswoman said company policy prohibits advertising “any part or component, whether finished or unfinished, that’s essential to or enhances the functionality of a gun.”)

A shortcoming of eBay’s policy is evident in its handling of a new category of products, introduced in response to SB 880, whose purpose is to allow owners of military-style semiautomatic rifles to make them legal by rendering them “featureless” under the letter of the law. These include fin-like grips that block the thumb from wrapping around, making a gun somewhat harder to handle; muzzle brakes that damp recoil without suppressing flash; and fixed stocks.

Although there’s not much data to draw from, Hunter, of the Brady Campaign, said there’s reason to think making semiautomatic rifles featureless via these modifications decreases their deadliness somewhat. “If you look at what we consider an assault rifle, the lethality of it, they’re really easy to shoot because they’re easy to hold, you can shoot a lot of bullets really quickly and you can reload them really quickly,” she said. Replacing pistol grips with fin grips and flash suppressors with muzzle brakes “makes it harder to fire them,” which is a step in the right direction if the goal is to decrease gun deaths.

EBay says featureless parts are against its rules, however. “In this case, since the item is designed to be used on assault weapons like an AR-15 to make them compliant under California law, it would also be prohibited under our policy,” a spokeswoman said. Listings for two such items disappeared after The Times inquired about them.

Yet more than two weeks after eBay clarified its policy to The Times, a search for the keyword “featureless” in the rifle category of eBay turned up 99 listings, including numerous fin and paddle grips, muzzle brakes and fixed stocks.

In other words, eBay banned selling some of the only gun products anti-gun activists would like to see available, but is doing little to enforce the ban. “That makes no sense to me,” said Oliva of the National Shooting Sports Foundation.

Like other big internet platforms, eBay employs a self-serve system that allows sellers to promote their listings against specific keywords, with a vast menu of keywords drawn from user searches. It’s a similar system to the one that allowed Facebook advertisers to target their ads to users interested in topics such as “How to burn Jews” and “Joseph Goebbels.” EBay’s spokesperson said the company regularly reviews the list of keywords against which sellers can buy promotion as well as the list eBay itself uses to troll for shoppers on Google.

Given the ambiguities inherent in defining assault weapons, the easiest way for eBay to crack down on the trade of assault rifle parts and accessories without devoting vastly more resources to oversight might be to get out of selling gun-related products altogether. As an advocate for sport shooters and an AR-15 owner himself, Oliva doesn’t want to see eBay do that. But he said a policy that goes beyond the requirements of the law while being all but unenforceable screams public relations more than public safety.

“We would refer to it as ‘corporate policy virtue signaling,’” he said. “They’re waving a big flag saying, ‘Look how holy I am.’”