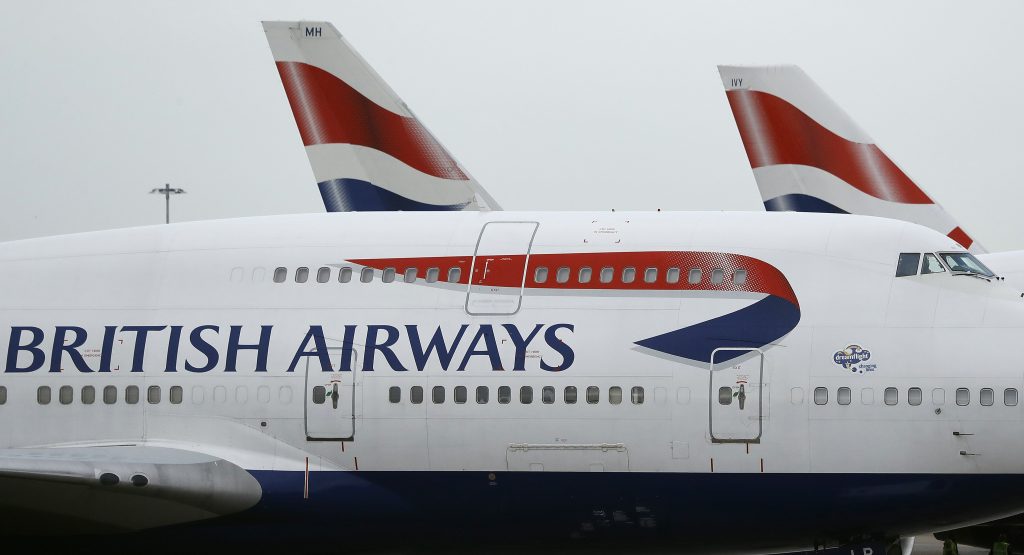 British Airways canceled more than 100 flights to and from London airports and delayed many others Wednesday after its check-in systems were hit by computer problems, stranding about 20,000 passengers.

The airline said Wednesday afternoon that it had resolved a “temporary systems issue” that caused delays and cancellations for short-haul flights from Heathrow, Gatwick and London City airports for much of the day.

BA canceled 117 flights due to operate to or from Heathrow and 10 Gatwick flights. More than 300 other flights were delayed. The airline said short-haul passengers due to travel Wednesday could re-book for another day.

BA said flights were returning to normal by late afternoon, but warned there could be some “knock-on operational disruption.”

“We apologize to all our customers caught up in the disruption, and appreciate how frustrating their experience has been,” BA said in a statement.

At Heathrow, Europe’s busiest airport, passengers waited in snaking lines for information or to check in, as British Airways switched to backup and manual systems.

“There were massive queues,” said Darren Rowe, whose flight to Hamburg, Germany, was canceled. “It was queue here, queue there. Nobody was saying anything. The lack of information was just pathetic.”

The incident is the latest bout of tech trouble to hit the airline. In May 2017, tens of thousands of passengers were stranded when a global computer failure grounded hundreds of British Airways flights over three days. BA passengers were also hit with severe delays in July and September 2016 because of problems with the airline’s online check-in systems.

The airline is also set to be fined 183 million pounds ($222 million) by Britain’s data regulator over a cyberattack on the airline’s security systems last year in which the personal data of up to 500,000 customers was stolen.