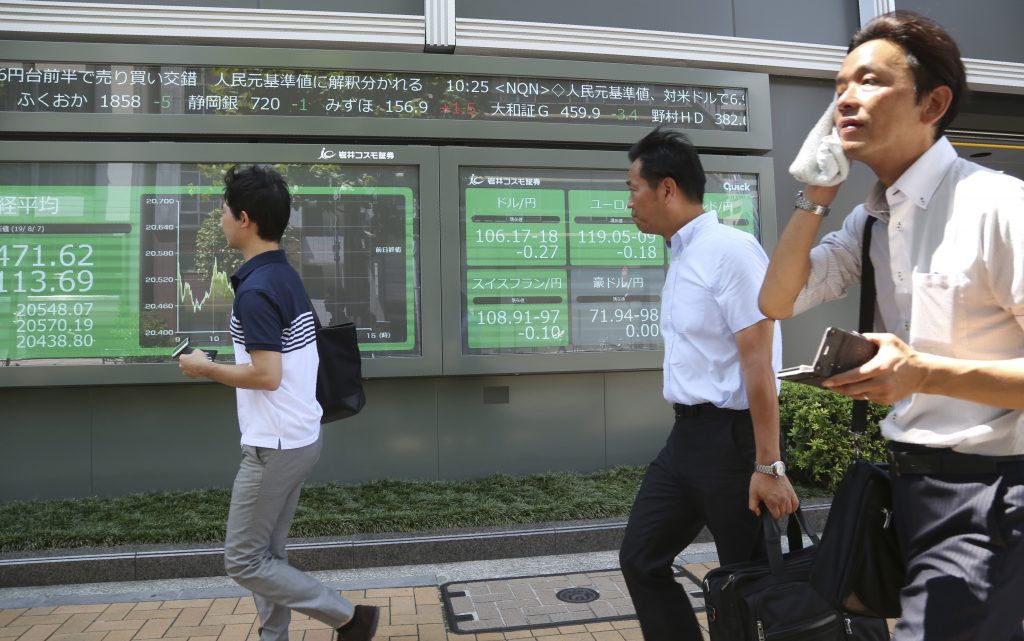 Asian shares were mixed Wednesday as markets calmed after China’s decision to stabilize its currency.

Wall Street regained its footing a day after its biggest decline in a year, which had been set off by news that China allowed its currency to depreciate against the dollar to its lowest level in 11 years.

Global investors have grown nervous lately about the possible impact that a trade war between the U.S. and China could have on the economy and corporate profits.

But China’s decision to allow its currency to stabilize Tuesday suggests Beijing might hold off from aggressively allowing the yuan to weaken as a way to respond to U.S. tariffs on Chinese goods.

“Markets have gone full circle again, hoping for the best while preparing for the worst, where even the tiniest gestures could see investors respond more positively than warranted given how emotionally invested market participants are,” said Stephen Innes, managing partner at VM Markets in Singapore.