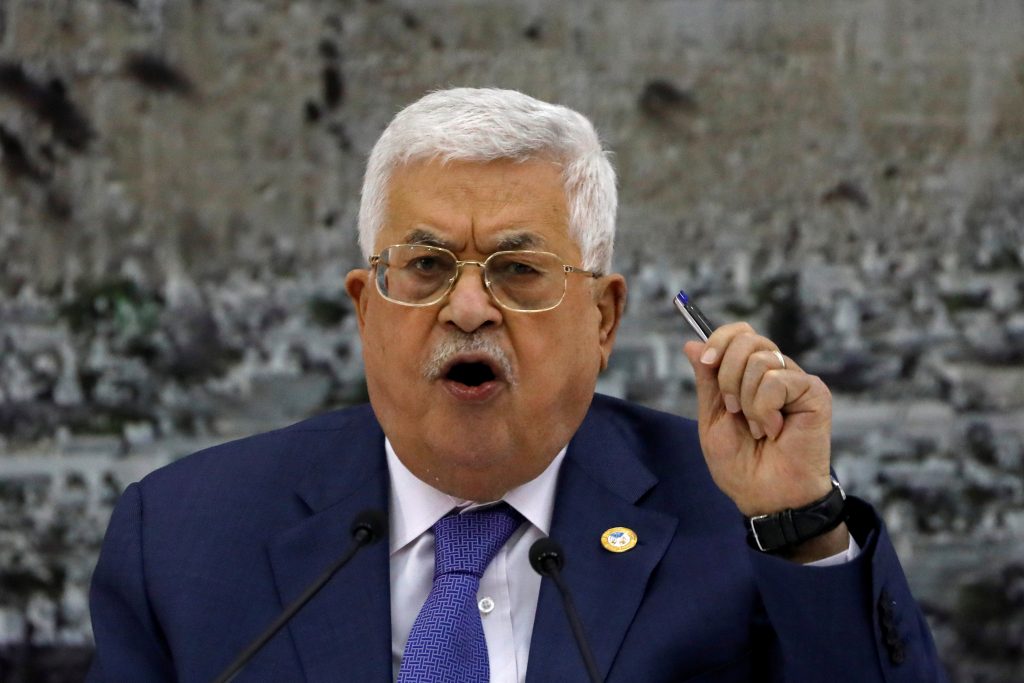 Palestinian Authority President Mahmoud Abbas said on Wednesday that he will not be dictated to by the United States.

Abbas told a large delegation of Democratic members of the U.S. House of Representatives visiting Ramallah that he rejects “American diktats and decisions related to Jerusalem, refugees, borders and security,” according to the PA news site Wafa.

Abbas reiterated his threat to cut off security cooperation with Israel in retaliation for what he described as Israel’s failure to abide by agreements with the PA. He cited the recent demolitions of illegal Palestinian buildings in Wadi Hummus as an example. The Defense Ministry defended the demolitions on grounds of national security, as the structures were situated along the security barrier, potentially concealing terrorist infiltrators.

The congressmen expressed their “complete support” for the two-state solution and achieving peace, Wafa said.

The 41-member group led by House majority leader Steny Hoyer arrived in Israel on Tuesday for meetings with Israeli and Palestinian officials, as well as a tour of landmarks such as Yad Vashem.