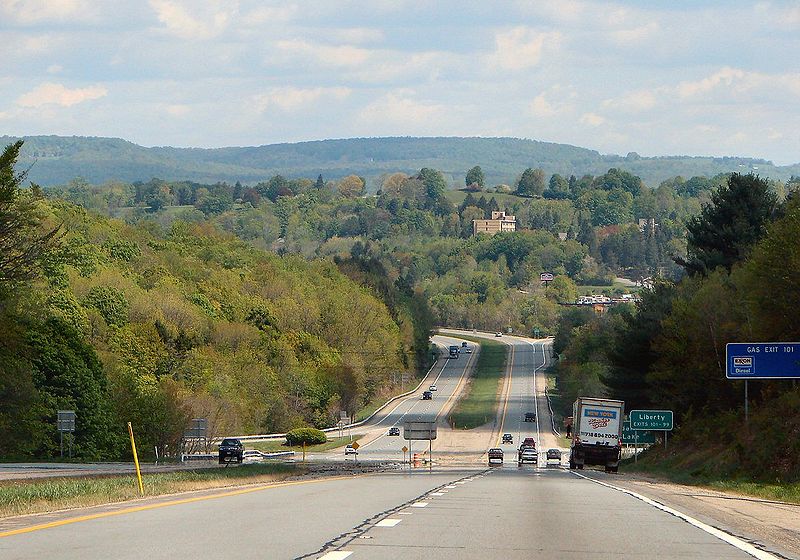 Sheriffs from the Hudson Valley are adding their support to the growing campaign to widen Route 17 east and west in Orange and Sullivan counties.

“Our officers are understandably concerned about the worsening traffic conditions on Route 17,” said Sheriff DuBois. “As first responders, we know all too well the dangers tie-ups pose, and the difference a few minutes – even seconds – can make in a life-or-death situation.”

“We are so grateful to our sheriffs for giving us the opportunity to share our message about the critical need to widen Route 17,” said Halahan.

17-Forward-86 launched its campaign on March 6 at a press conference in Albany. The coalition is seeking $500 million from New York state to add a third lane east and west on Route 17 to enable future designation as Interstate 86 in the region.

The state has since taken the next steps in the ongoing effort to improve mobility on Route 17, including studying the addition of a third lane. In May, the state Department of Transportation (DOT) issued a request for expressions of interest for an engineering firm to begin a scoping and preliminary review process.

17-Forward-86 has been engaging state legislators to secure funding in the DOT’s multi-year capital plan to enable the implementation of recommendations contained in a 2013 capacity study issued by NYSDOT. Coalition members have also been meeting directly with DOT officials. The DOT’s next capital plan is expected to begin in March 2020 and will be funded by state and federal funds.

The 2013 Route 17 Transportation Corridor Study, prompted by U.S. Sen. Chuck Schumer, found that congestion on Route 17 will worsen over time and development in the region necessitates an additional lane/added capacity.

The continued growth of tourism is also steadily increasing traffic. Sullivan County is expected to receive 8 million visitors in 2019. Currently, the population climbs to 350,000 during the summer months and to an additional 50,000 on any given weekend.