National Walmart Wrestles With How to Respond to Active Shooters
National 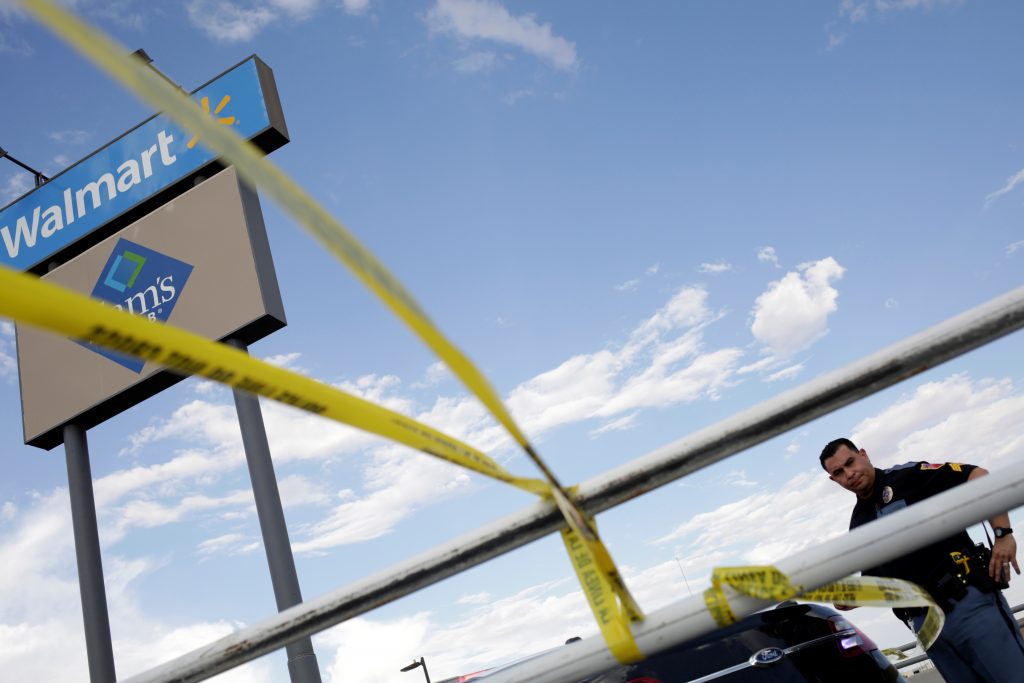 Like most retailers, Walmart is accustomed to the everyday dealings of shoplifters. Now, it’s confronting a bigger threat: active shooters.

Three days after a man opened fire at one of its stores in El Paso, Texas, and left at least 22 dead, the nation’s largest retailer is faced with how to make its workers and customers feel safe.

The discounter has long dealt with violent crimes at its stores across the country, including one that took place less than a week ago in Mississippi where a disgruntled employee killed two co-workers and wounded a police officer. In early November 2017, three customers were killed at a Walmart in Colorado in a random shooting by a lone gunman.

The El Paso store shooting, however, was the deadliest in the company’s history, Walmart spokesman Randy Hargrove confirmed. No workers were killed but two are recovering from injuries.

“No retailer is immune to a violent act,” Hargrove said. “That’s why we take training so seriously.”

Robert Moraca, vice president for loss prevention at the National Retail Federation, said he’s fielded lots of calls from retailers around the country over the weekend, many of whom just wanted to go over their security protocols.

“We naturally have a heightened security awareness,” he said. He noted that most retailers have active shooting training programs for workers so there’s not “a lot of knee jerk reactions.”

The training focuses on three pillars: avoid the danger, keep your distance and lastly, defend.

In store locations with high crime, Walmart has off-duty policemen who patrol the parking lots. It also uses a wide variety of technology including towers that have surveillance cameras in its parking lots, Hargrove said.

But most of its efforts are focused on curbing shoplifting, including putting more unarmed greeters at the door. Hargrove noted that like with any catastrophic event, Walmart is reviewing its protocols.

Jesus M. Villahermosa, Jr., who leads a security consulting firm, says there’s not much that retailers can do to stop the next active shooter. But he noted that retailers make the mistake of doing their active training on computers.

“You don’t give people a chance to ask questions,” he said.

In the end, however, he says it’s not the responsibility of a retailer like Walmart to save people’s lives.

One Walmart employee in El Paso said she had worked for years at the store where the shooting occurred but now works at another store nearby. The employee, who spoke on condition that only her first name, Gabby, be used because the company has discouraged people from speaking publicly about the shooting, said she drove to work on the day of the shooting but spent four hours trying to cross the border back to her home in Ciudad Juarez because of heightened security.