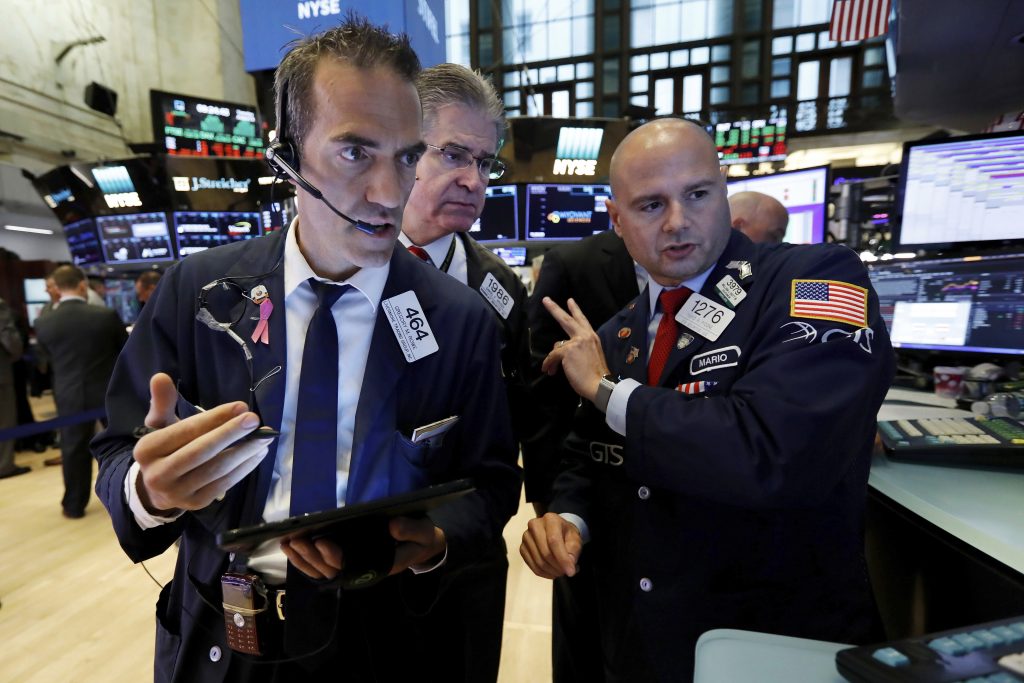 Stocks edged higher on Wall Street Tuesday, a day after their worst loss of the year, as China eased some of the pressure in its trade war with the U.S. by stabilizing its currency.

Technology stocks led the gains in a reversal of Monday’s slump, when they bore the brunt of the market sell-off that pushed U.S. indexes 3% lower. That plunge was triggered when China allowed its currency to depreciate against the dollar to its lowest level in 11 years.

Apple rose 0.6% and Microsoft rose 1%. Both companies get significant revenue from China and are highly sensitive to swings in the ongoing trade dispute.

Investors’ appetite for risk lessened as the morning progressed. They initially shed safe-play holdings like utility stocks, but that sector was later wobbling between small gains and losses.

A government report suggesting a cooling U.S. job market kept bond yields in check after an early gain. The yield on the 10-year Treasury rose to 1.77% at one point, but retreated back to where it stood a day earlier at 1.73%.

Industrial stocks rose. Aircraft components maker TransDigm did some of the heavy lifting with a 13.9% surge after giving investors a raised profit forecast and solid quarterly earnings.

Energy stocks were the biggest losers through the morning.

ANALYST’S TAKE: Investors are growing more anxious as the U.S. and China increase their trade war from a simmer to a boil and threaten global economic growth.

“What’s really come into the market and spooked investors is the sense that the stakes are rising again,” said James McCann, senior economist at Aberdeen Standard Investments.

The lingering trade dispute is looming over closely interconnected supply chains and other economies risk becoming collateral damage. Investors should be focusing on the trade dispute’s impact on the broader economy, including industrial production, along with business investment and sentiment, McCann said.

TOO BLAND: International Flavors & Fragrance fell 12.8% after the company trimmed its forecast following a disappointing earnings report. Profit and revenue came in below Wall Street forecasts during the second quarter. Its key food ingredients unit recorded a sales decline.