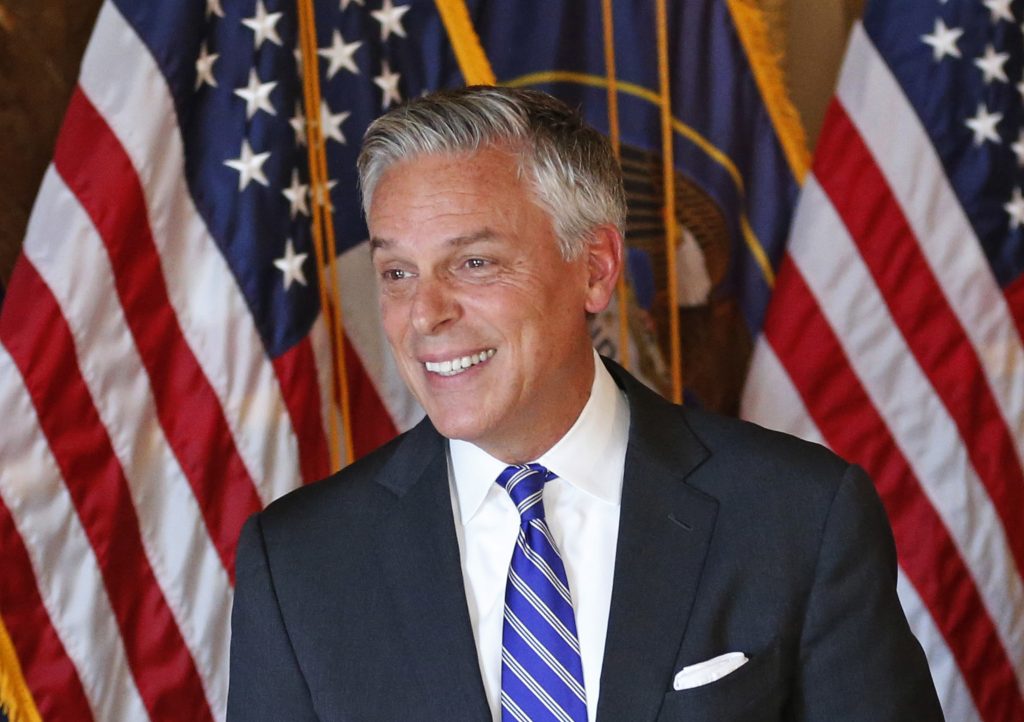 U.S. Ambassador to Russia Jon Huntsman Jr. has submitted his resignation, signaling the end of a stint during what he called a historically difficult time in relations between the two countries.

Huntsman is planning to return to Utah amid speculation that he may again run for governor, said Salt Lake Chamber president Derek Miller, who served under him during his previous tenure.

Huntsman, a Republican, left the Utah governor’s office in 2009, when former President Barack Obama tapped him as ambassador to China. He was popular in the state and had been elected to his second term the year before.

Huntsman mounted a brief run for president in 2011. In 2017, President Donald Trump named him as ambassador to Russia, as the U.S. investigated Moscow’s meddling in the 2016 election.

In a resignation later dated Monday and first obtained by The Salt Lake Tribune, Huntsman said he was honored by the trust President Trump placed in him “during this historically difficult period in bilateral relations” that has included expulsions and forced departures of his staff.

In the letter, Huntsman also urged the U.S. to hold Russia accountable for behavior that threatens its allies. He said he wants to leave to reconnect with family and home responsibilities.

Huntsman is expected to serve through Oct. 3.

In Russia, the state-run Tass news agency quoted an unnamed spokesperson in the foreign ministry as saying Huntsman is a professional, but “the domestic political state of affairs in the U.S.” made it impossible to fully develop bilateral ties.

After his expected return to Utah, it’s unclear whether Huntsman would seek to return to the governor’s mansion in 2020, but if he does step into the race, he would have immediate credibility and popularity, Miller said.

“I think he’s looking at it very closely,” he said.

A recent poll from the Salt Lake Chamber found Huntsman nearly tied with the first declared candidate, Republican Lt. Gov. Spencer Cox, in a hypothetical general election, but trailing him among GOP voters who will decide the party nomination, Miller said.

Cox said in a statement Tuesday that he’s glad Huntsman has decided to return. “If he decides to run for governor again, it would make me a better candidate,” Cox said.