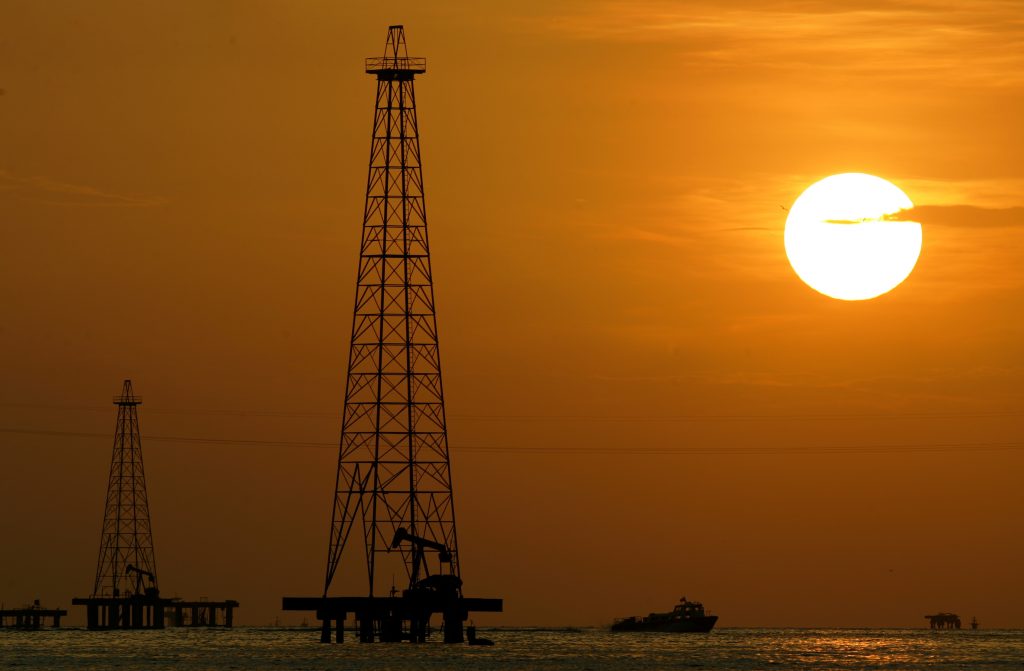 The Trump administration froze all Venezuelan government assets Monday in a dramatic escalation of tensions with Nicolás Maduro that places his socialist administration alongside a short list of adversaries from Cuba, North Korea, Syria and Iran that have been targeted by such aggressive U.S. actions.

The ban blocking American companies and individuals from doing business with Maduro’s government and its top supporters, which takes effect immediately, is the first of its kind in the western hemisphere in over three decades, following an asset freeze against Gen. Manuel Noriega’s government in Panama and a trade embargo on the Sandinista leadership in Nicaragua in the 1980s.

“The apparent goal is to give the U.S. the ability to apply the law beyond its borders to allies of Maduro like China, Russia, Cuba, Iran and Turkey,” said Russ Dallen, the Miami-based head of Caracas Capital Markets brokerage. “Should those foreign entities continue doing business with Maduro they can have their U.S. assets seized.”

A senior Russian lawmaker has denounced the U.S. freeze of all Venezuelan government assets as a crude interference in the country’s internal affairs.

The executive order signed by President Donald Trump justified the move by citing Maduro’s “continued usurpation of power” and human rights abuses by security forces loyal to him.

U.S. National Security Adviser John Bolton hinted earlier Monday that far-reaching U.S. action was close at hand. Speaking to reporters on the eve of an international conference in Peru to show support for Guaidó, he said that the U.S. was readying measures “that will show the determination that the United States has to get a peaceful transfer of power.”

The measures are likely to exacerbate suffering in already moribund economy marked by six-digit hyperinflation and a deep, multiyear contraction that surpasses that of the Great Depression in the U.S.

Previous sanctions targeting the South American nation’s oil industry, the source of almost all of its export earnings, have already accelerated a crash in oil production that started with Maduro’s election in 2013 following the death of his mentor, Hugo Chavez.

More than 100 officials and government insiders have also had their U.S. assets frozen and blocked from doing business with Americans. As part of the executive order, Americans or U.S. companies that do business with such individuals face penalties. The same Maduro supporters will also be banned from entering the U.S.

Exceptions will be allowed for the delivery of food, medicine and clothing. Transactions with Venezuela’s still sizable private sector do not appear to be affected either. It’s unclear how the actions will affect American oil giant Chevron, which last month received a three-month exemption from the U.S. Treasury to allow it to continue drilling for oil with state-run oil monopoly PDVSA.

The Maduro government has yet to respond. But Guaidó celebrated the U.S. action, saying it would protect Houston-based oil company CITGO — Venezuela’s most valuable overseas asset — from attempts by Maduro to mortgage its assets.

“Any individual, company, institution or nation that tries to do business with the regime will be seen by the international justice system as collaborating with and sustaining a dictatorship,” Guaidó said. “They will be subject to sanctions and considered an accomplice to crimes.”

Geoff Ramsey, a researcher at the Washington Office on Latin America, said that the measures will aggravate a humanitarian crisis even with the exceptions in place to protect the most vulnerable as western banks avoid processing even legitimate transactions.

“The truth is that no financial institution wants to run afoul of the Treasury Department,” he said.

Instead of doubling down on the same embargo strategy that has failed for decades to produce regime change in communist Cuba, he thinks the U.S. should do more to support ongoing negotiations being sponsored by Norway between Maduro and Guaidó representatives.

Bolton and U.S. Commerce Secretary Wilbur Ross are representing the United States at what host Peru has dubbed the International Conference for Democracy in Venezuela, a gathering of 59 nations that with few exceptions back Guaidó and consider Maduro’s re-election last year to be fraudulent.

Moments after the executive order was announced, Bolton commented that he was looking ahead to what he hopes will be a “productive” day in Lima, Peru.