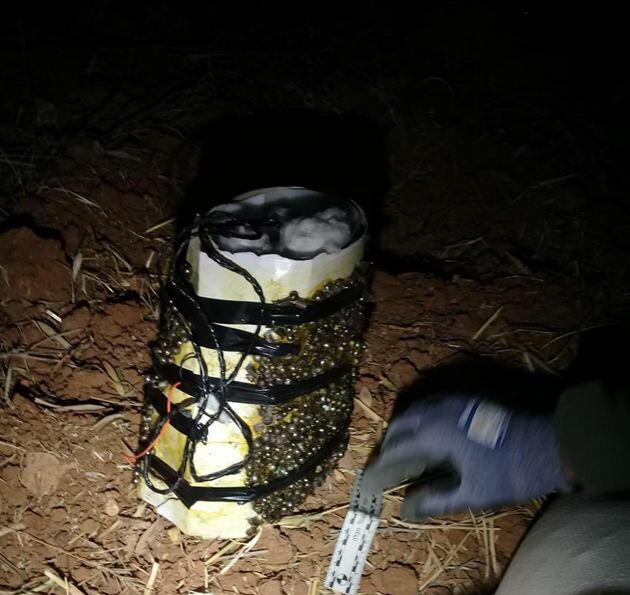 The Shin Bet announced Tuesday that it had [b’chasdei Shamayim],  foiled a terror plot that was set to be carried out by Hamas terrorists in Yerushalayim. The plot was foiled through the combined efforts of the security service, the IDF, and Israel Police, the Shin Bet said, when a bomb ready for use was discovered in Chevron.

The bomb was found in a workshop for the manufacture of explosives. Security personnel confiscated the bomb and carted off the equipment used for its manufacture. Four Hamas terrorists were arrested. Under questioning, the four admitted that they had been directly ordered by the Hamas military wing in Gaza to build the bomb and carry out other terror attacks.

The workshop was found in a crowded residential area, posing a danger to many residents of Chevron, security officials said. The bomb that was confiscated weight three kilos, and could have done significant damage and posed a major threat to life and limb had it been exploded in a crowded area, the Shin Bet said.

In recent weeks there has been a significant uptick in Hamas terror activity in Yehudah and Shomron, the Shin Bet said. Hamas has been plotting and attempting to carry out terror attacks both against Israel and the Palestinian Authority. Among the attacks planned have been bombings, kidnappings, shootings and stabbings. In addition, Hamas terrorists have been trying to recruit PA residents to their cause.

Hamas, the Shin Bet says, “does not reject any possibility to take advantage of young people in Yehudah and Shomron to carry out terror attacks, and even takes advantage of humanitarian permits that are issued to allow individuals to access medical care and the like. The Shin Bet, together with the IDF and Israel Police, will continue to act to prevent these attacks before they can be carried out and help to ensure the security of Israelis.”

In June, 22-year-old Thamer Rajah Rajabi was arrested at his home in Chevron. Tamer is a student at the Polytechnic College in Chevron, and is recognized as an activist in the Hamas al-Qaida al-Islamiya organization.

At the time of his arrest, Thamer gave the Shin Bet a three-kilogram explosive, which carried dozens of pieces of metal to increase the damage at the time of the explosion.

During his investigation, it emerged that Thamer also recruited a classmate, Yusuf Attrash, a 22-year-old Kotelah al-Islamiya activist, 22, from Kfar Ra’i in the Shomron. Yusuf assisted Tamer in purchasing the necessary components for the production of the weapons.

The Shin Bet noted that explosive materials production was carried out in a civilian environment at the risk of unsuspecting residents nearby. For example, materials were stored in the school grounds adjacent to Thamer’s home.