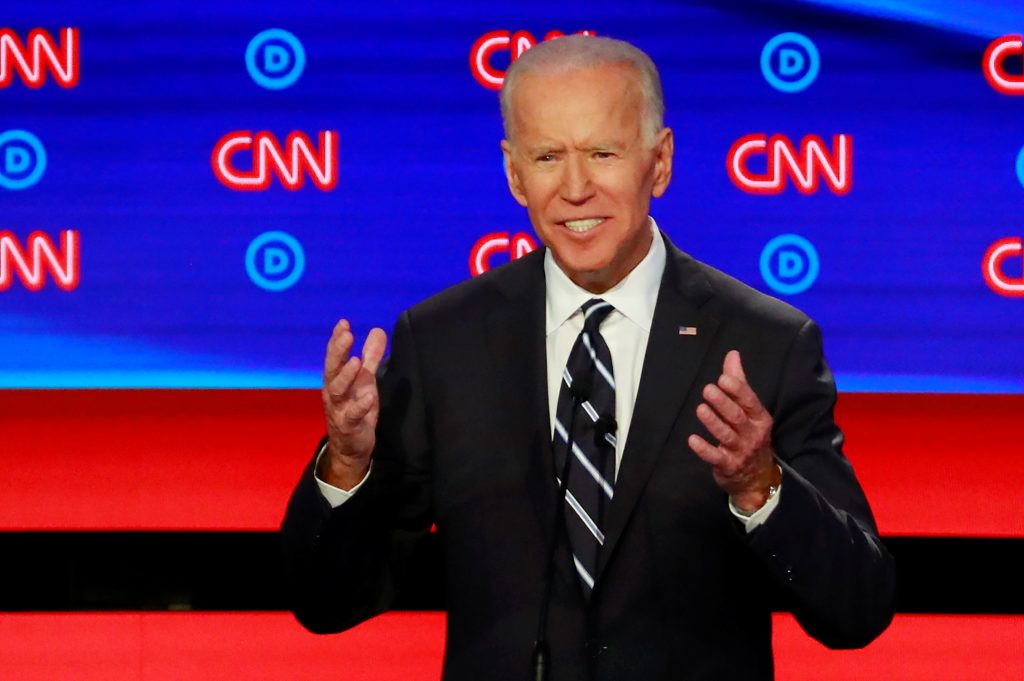 Joe Biden maintained his lead for the Democratic presidential nomination as minorities gravitated toward the former vice president and his top rival, Senator Bernie Sanders of Vermont, in search of the safest bets for beating President Donald Trump in 2020, according to a Reuters/Ipsos poll.

The Aug. 1-5 public opinion poll, released on Tuesday, showed that 22% of Democrats and independents would vote for Biden, a level that is unchanged from a similar poll that ran last month. Another 18% said they supported Sanders, up 2 percentage points from the July poll.

None of 23 other candidates received more than 9% in the poll.

Biden and Sanders offer Democrats sharply contrasting views on how to govern. Sanders leads the effort to expand government-run health care for all Americans while Biden offers a more moderate approach that would allow people to keep their existing health-care plans.

Yet the choice for Democrats may have less to do with ideology and more to do with who is best suited to beat Trump in the November 2020 general election.

According to the poll, 36% of Democrats say they are simply looking for someone who can win. Only 11% say the most important quality is someone with a strong health-care plan, and 5% say it is most important to pick a strong voice on the environment.

Biden and Sanders are currently viewed as the safest bets for beating Trump among all Democrats. Both improved their standing among minorities over the past month as Trump repeatedly vilified minority lawmakers in a series of posts and public comments that infuriated Democrats and many others.

In one exchange Trump told four minority lawmakers who have been critical of his administration to “go back” to where they came from.

From July to August, both Biden and Sanders received a stronger level of support from minorities, and minorities also shifted their support away from lesser-known candidates like Senator Kamala Harris of California and former Texas congressman Beto O’Rourke.

Another 6% said they backed Harris, down 5 points from July, and 2% supported O’Rourke, down 3 points from the previous poll.

When asked who would be most likely to beat Trump in the 2020 general election, 33% of minorities picked Biden and 19% picked Sanders.

The Reuters/Ipsos poll was conducted online in English throughout the United States. It gathered responses from 1,210 adults, including 483 racial minorities. It has a credibility interval, a measure of precision, of 5 percentage points.