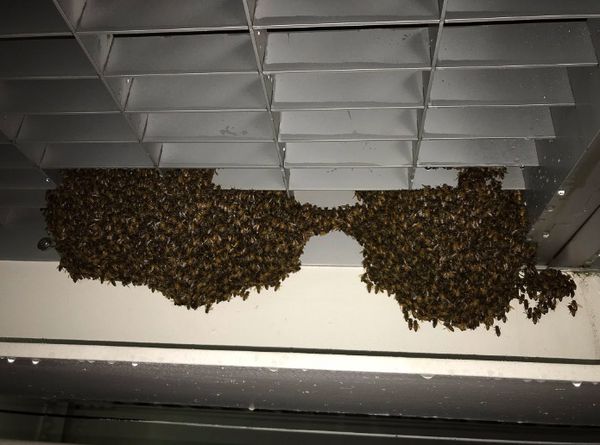 A swarm of approximately 25 thousand bees were removed by the NYPD bee keeper unit as the special police unit responded to a call that the bees had taken up residence on an awning at the St. George terminal of the Staten Island Ferry.

Around 3 P.M., the swarm was spotted by police Lt. Michael Molinari, who summoned Special Ops Truck 5 and the beekeeper unit to the scene. Together with the Patrol Borough of Staten Island (PGSI) ferry security unit, the bees were removed using a special vacuum, and they were relocated. No injuries were reported from the insects.

Bees pollinate approximately 75 percent of the fruits, nuts and vegetables grown in the United States, and one out of every four bites of food people take is courtesy of bee pollination, according to The United States Geological Survey. Because of this vital task which bees perform, caution must be taken to avoid harming a bee swarm.