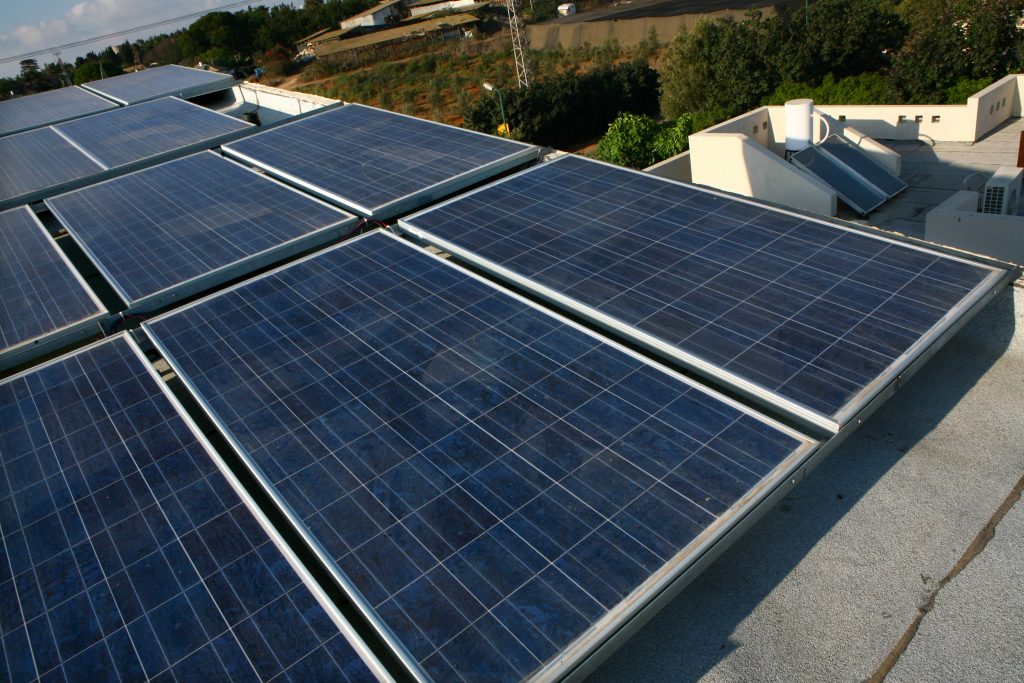 The Palestinian Authority aims to become a world leader in the production of electricity from solar energy, and for that purpose has secured funding for the deployment of solar panels on the roofs of thousands of schools, government buildings, and homes. The first of the panel installations was inaugurated in recent weeks by the PA on the roof of a school in the village of Dir Debwan, near Ramallah, Makor Rishon reported.

The objective of the program, called “Light for Palestine,” is not necessarily environmental, but economic. Currently the PA is dependent on the Israel Electric Company for power, and has often refused to pay its bills, leading to power shutdowns. PA officials are seeking to reduce their dependence on Israel, and develop a source of free energy.

For that purpose, the PA has lined up assistance from a number of international agencies. The goal is to equip 16,000 buildings with solar panels, which will collect energy and send it to an electrical station that will convert the solar power into electricity. The first stage in the program is the deployment of panels on the roofs of 500 PA schools. Officials estimate that the Authority will save $35 million over the first four years the program is implemented.

Israel currently supplies the PA with 920 megawatts of electricity a year, more than 90% of its needs. The Authority hopes not only to eventually cover that amount, but to surpass it – and perhaps even to sell electricity to Jordan or other countries.

According to Makor Rishon, the Authority is discussing the conversion of large parcels of land in the Jordan Valley owned by PA Arabs from agricultural use for the construction of large solar panel farms, to take advantage of the strong sunshine in the region, and thus to produce more power more efficiently.