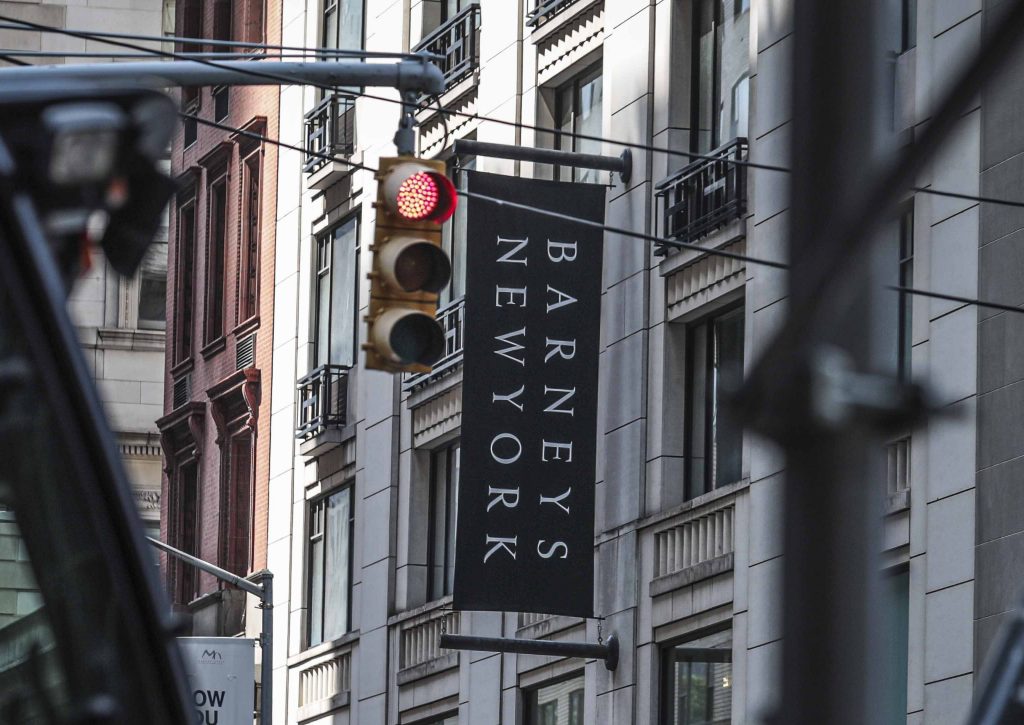 The iconic clothier founded almost a century ago will keep the doors open at its 10-story Madison Avenue store, but it has secured $75 million in financing to pay employees and vendors as it seeks a buyer.

Stores in Chicago, Las Vegas and Seattle will close along with 12 concept and warehouse locations.

Stores in Beverly Hills, California, San Francisco and in Boston will remain open, as well as two warehouse locations in New York and California. However, the company said Tuesday it’s reviewing all store leases.

The picture for most traditional retailers grows worse by the year.

The number of retail stores closed in the U.S. this year has already surpassed last year’s total, according to Coresight Research, which expects 12,000 will be shuttered in 2019. Coresight said 7,567 retail stores have closed so far this year, compared with 5,864 in all of 2018.

The escalating trade war between China and the U.S. has intensified that pressure, leaving clothing companies scrambling to find new routes and suppliers. Over the past year, the retail sector has consistently bled jobs.

A strong economy has traditionally boosted luxury sales, but like retailers across the spectrum, Barneys and other high-end stores have struggled to entice people through the door. They’re seeing younger shoppers migrate online to sites like Net-a-Porter, which offers same-day delivery for luxury goods, or resale sites like The RealReal.com. Moreover, wealthy shoppers are going directly to luxury brands’ online sites or shops.

Nordstrom has reported slowing sales. And Neiman Marcus Group, which also operates Bergdorf Goodman, posted a loss and a sales decline in its most recent quarter.

After 104 years, Lord & Taylor’s flagship store on Fifth Avenue locked its doors in January and the property was sold to WeWork.

And with sales growing weaker, cost pressures have increased for retailers.

Barneys’ Manhattan landlord doubled the rent at its flagship store on Madison Avenue to nearly $30 million this year.

“Like many in our industry, Barneys New York’s financial position has been dramatically impacted by the challenging retail environment and rent structures that are excessively high relative to market demand,” said CEO Daniella Vitale.

The weight of shifting consumer loyalties and rising costs is now threatening to fell Barneys, which energized its aisles by placing new and unheard-of designers beside the well-established fashion houses.

Barneys’ roots date back to 1923, when Barney Pressman pawned his wife’s engagement ring and used the cash to open a 500-square-foot men’s discount clothing store on Seventh Ave. and 17th St. in Manhattan.

His son shifted the company’s focus to luxury clothing in the 1960s, and it began to expand nationwide in the 1990s.

The company’s crown jewel, its Madison Avenue location, opened in 1993, two years before Amazon initiated operations as an online bookstore.

“Barneys is a viable brand,” said Robert Burke, who runs a namesake retail and fashion business in Manhattan. “It has good recognition. There’s certainly a future there. How big the footprint should be has yet to be decided.”

Joseph Aquino, who runs a real estate services firm under his name in Manhattan, says the days of the shop-till-you drop mentality on Madison Avenue are over.

“She was 45 and now she is 65… She isn’t shopping like she was 45,” Aquino said. “We are in the phase where a lot of younger shoppers don’t want to go the high street. They sit around and buy online and that’s what we are fighting against.”