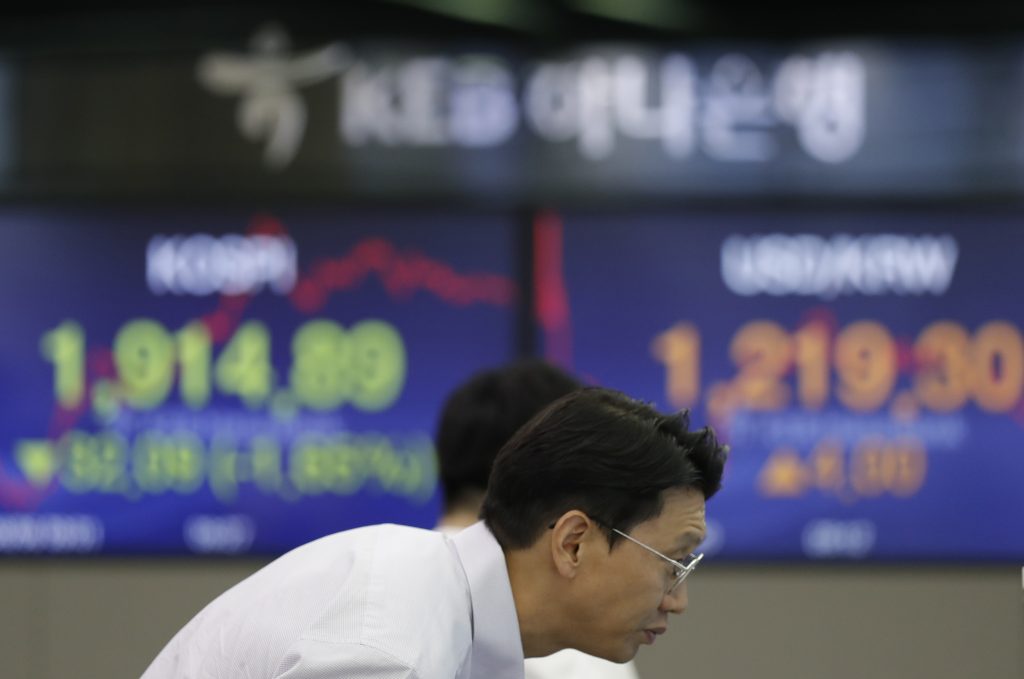 Beijing allowed its yuan to fall past the politically sensitive level of seven to the dollar on Monday following Trump’s threat last week to extend punitive tariffs to an additional $300 billion of Chinese imports. The Ministry of Commerce announced it was suspending promised purchases of American farm products.

On Tuesday, the yuan fell farther to 7.052 to the dollar in early trading. That came after the U.S. Treasury Department officially labeled Beijing a currency manipulator, a status that opens the way to possible additional sanctions.

“Equities are slumping. They will slump more. Bond yields are tumbling. They will tumble far more,” said Rabobank’s Michael Every in a report.

“Worry about global trade flows, as a stronger USD rumbles through the real economy and U.S.-China divorce smashes supply chains,” the bank said.

The sell-off began in Asia, where indexes lost more than 1%, and intensified as it swept westward through Europe to the Americas. Investors in search of safety herded into U.S. government bonds, which sent yields plunging.

Technology stocks bore the brunt of Monday’s selling. Apple slid 5.2%. It not only depends on Chinese factories to assemble its iPhones, but China is also the only country aside from the United States that accounts for more than 10% of its sales.