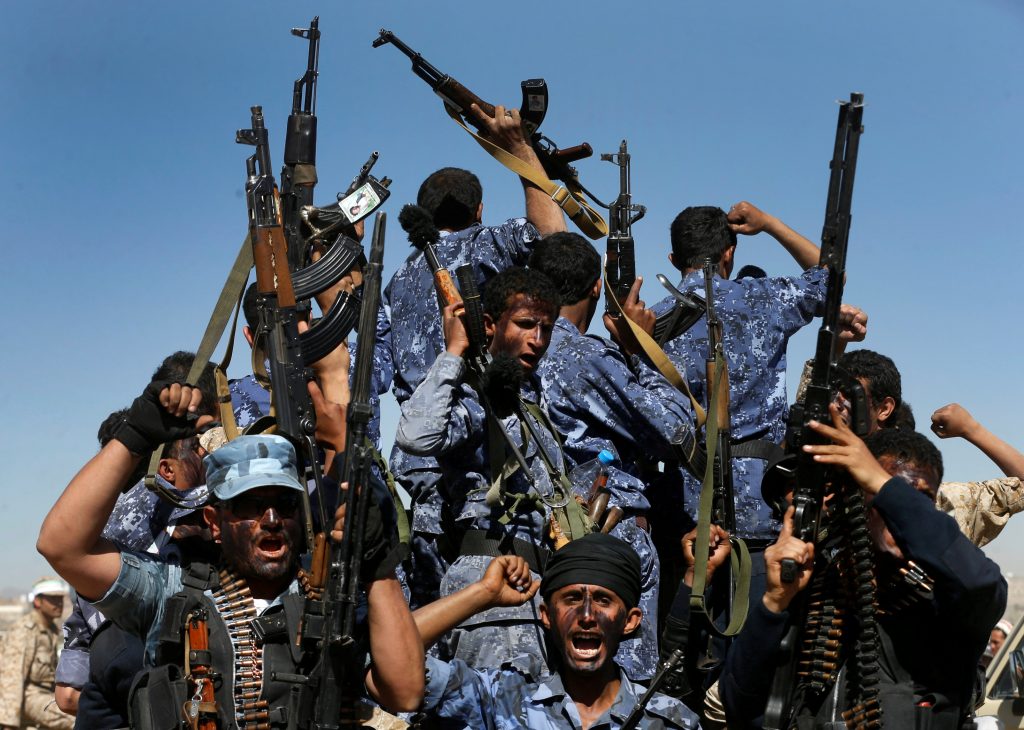 A spokesman for the Saudi-led coalition fighting the Iran-aligned Houthis in Yemen said later that Houthi drones had been intercepted and downed heading in the direction of civilian airports.

Houthi military spokesman Yahya Saria said the attack on the Abha airport “hit its targets” and air traffic was disrupted at both Abha and Najran. All three locations are in southwest Saudi, near the border with Yemen.

The Houthis, who control the Yemeni capital Sanaa, have in the past few months stepped up their attacks against targets in Saudi Arabia. In response, the coalition has struck military sites belonging to the group, especially around Sanaa.

On Thursday the Houthis said they launched missile and drone attacks on a military parade in the southern port city of Aden, the seat of Yemen’s internationally recognized government and a stronghold of the coalition, killing dozens.

The escalation in violence threatens a U.N.-sponsored deal for a ceasefire and troop withdrawal from the flashpoint coastal city of Hodeidah, which became the focus of the war last year when the coalition tried to seize its port, the Houthis’ main supply line and a lifeline for millions of Yemenis.

Saudi’s General Authority of Civil Aviation (GACA) did not immediately respond to a request for comment.