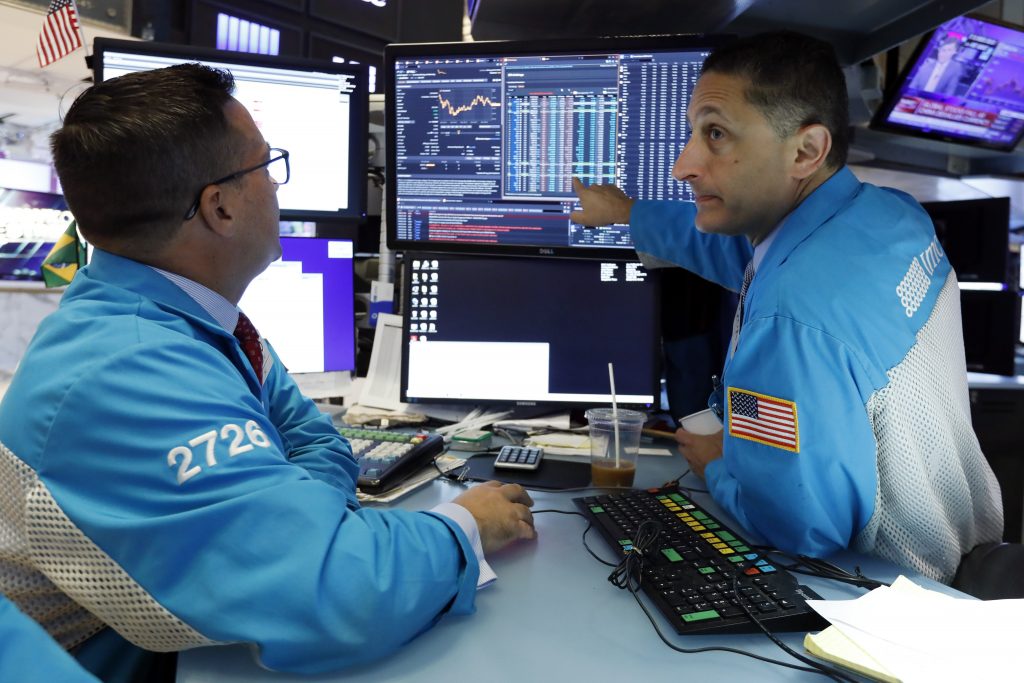 China let its currency, the yuan, sink to an 11-year low against the dollar and under the politically sensitive level of seven per dollar. A weaker Chinese currency can help boost that country’s exports while hurting foreign competition.

The U.S. has long complained about the weakness of China’s currency and the move could be construed as a way for China to turn the yuan into a weapon in the midst of a trade war.

Wall Street is coming off of its worst week of the year after President Donald Trump threatened more tariffs on Chinese goods just as both nations are trying to negotiate an end to the damaging trade war.

“The Great China Trade Deal evaporated before our eyes last week and investors should stop hoping it back into existence,” Christopher Smart, head of the Barings Investments Institute, wrote in a report.

Technology stocks took the worst hit in the early going as many of those companies stand to suffer more than other sectors if the trade war between the U.S. and China continues to escalate. Apple fell 3.9% and Microsoft fell 2.5%. Apple has a significant supply chain in China and both companies get solid portions of revenue from that country.

Investors fled to less risky holdings. Bond prices spiked and pushed yields on the benchmark 10-year Treasury down to 1.77% from 1.85% late Friday. The yield on the 2-year note dropped to 1.61%, down from 1.71%. Both were large moves.

Lower bond yields hurt banks because they push interest rates on loans lower. Financial stocks had some of the steepest declines.

Wynn Resorts slumped 5.6% on heavy volume. The casino operator gets the majority of its revenue from the Chinese gambling haven of Macau and is particularly sensitive to developments in the U.S.-China trade dispute.

Every sector in the S&P 500 fell, though utilities only had modest losses. The sector is considered a safer investment in times of economic uncertainty and a slowdown in growth.

“The real impact of the current friction is the confusion it creates for businesses that must reassess their supply chains and investment decisions amid uncertainty about where tariffs may fall,” Smart said.

Companies are in the final stretch of the latest round of quarterly earnings reports and the results haven’t been as bad as initially feared. Profit for companies in the S&P 500 is now expected to contract by roughly 1%. That’s significantly better than the more than 3% contraction initially expected before results started to be released. More than three quarters of the S&P 500 have reported financial results.

There are still several big-name companies that have yet to report financial results. Disney will report on Tuesday, while CVS and Lyft are set to report on Wednesday. Uber will release results on Thursday.