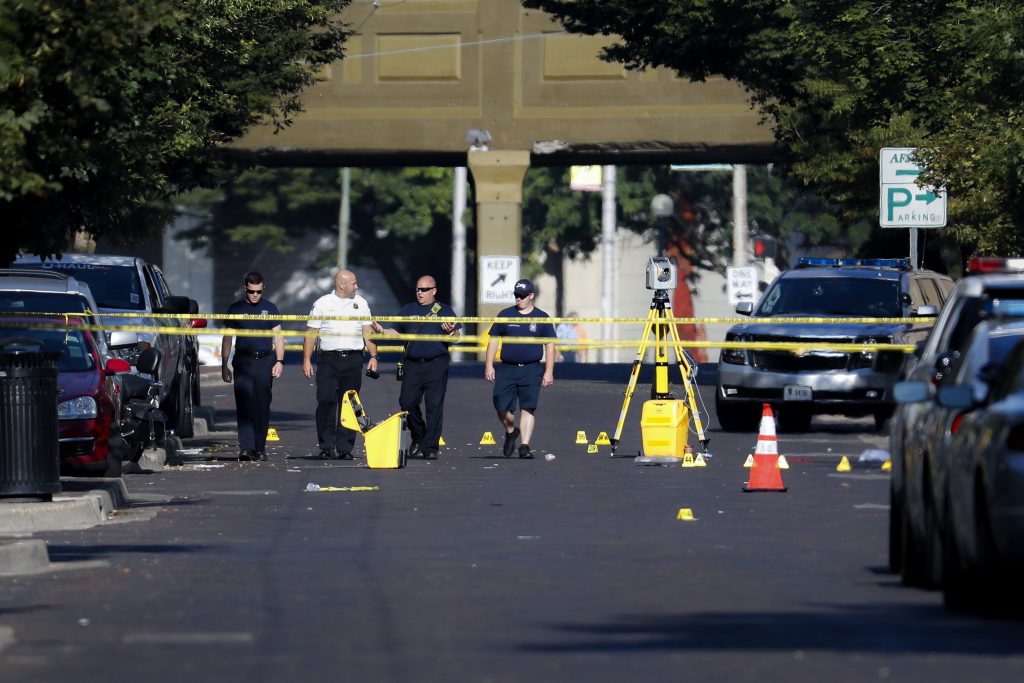 A single capital murder charge was filed on Sunday against the man accused of killing 20 people and wounding more than two dozen others at a Walmart store in El Paso, a mass shooting authorities are viewing as a case of domestic terrorism.

Texas Governor Greg Abbott said Saturday’s rampage in the heavily Hispanic city appeared to be a hate crime, and police cited a manifesto they attributed to the suspect as evidence that the bloodshed was racially motivated.

The County of El Paso’s state court has “pre-file case” listed for “State of Texas vs Patrick Crusius” that shows a single charge of capital murder against Crusius. The suspect is a 21-year-old white man from Allen, Texas.

The single charge is likely a legal place holder, to keep Crusius in custody until further charges can be filed against him for each of the dead and the wounded.

The records also show that an application for appointment of counsel was filed in the case on Sunday. It was unclear if Crusius has a lawyer or when a bond hearing or other court appearances will occur.

A state prosecutor said prosecutors will seek the death penalty against Crusius if he is found guilty.

The FBI said in a statement on Sunday the attack “underscores the continued threat posed by domestic violent extremists and perpetrators of hate crimes.”

The agency said it remains concerned that more U.S.-based extremists could become inspired by these and previous high-profile attacks to engage in similar acts of violence.

The U.S. attorney for the western district of Texas, John Bash, said federal authorities were treating the El Paso massacre as a case of domestic terrorism.

“And we’re going to do what we do to terrorists in this country, which is to deliver swift and certain justice,” he told a news conference on Sunday.

He said the attack appeared “to be designed to intimidate a civilian population, to say the least.”

FBI Director Christopher Wray told a congressional panel on July 23 that the bureau has recorded about 100 arrests of domestic terrorism suspects in the past nine months and that most investigations of that kind involve some form of white supremacy.

“I will say that a majority of the domestic terrorism cases that we’ve investigated are motivated by some version of what you might call white supremacist violence, but it does include other things as well,” Wray said at a Senate Judiciary Committee hearing, referring to cases in fiscal 2019, which began Oct. 1.

The Texas rampage was followed just 13 hours later by another mass shooting. In Dayton, Ohio a gunman in body armor and a mask killed nine people in less than a minute and wounded 27 others in the city’s downtown historic district before he was shot dead by police.

The shootings reverberated across the political arena – Democratic candidates for next year’s presidential election called on Sunday for stricter gun laws and accused President Donald Trump of stoking racial tensions.

Trump told reporters he would make a statement on Monday morning about the shootings.

“Hate has no place in our country, and we’re going to take care of it,” Trump said. “This is also a mental illness problem, if you look at both of these cases. These are really people that are very, very seriously mentally ill.”

He had previously said on Twitter that the El Paso massacre was “an act of cowardice.”

“He basically didn’t hold anything back,” Allen said at Sunday’s news conference, but declined to elaborate.

El Paso and Ciudad Juarez, together with the neighboring city of Las Cruces, New Mexico, form a metropolitan border area of some 2.5 million residents constituting the largest bilingual, bi-national population in North America.

The rampage in El Paso on Saturday was the eighth most deadly mass shooting in recent years in the United States.