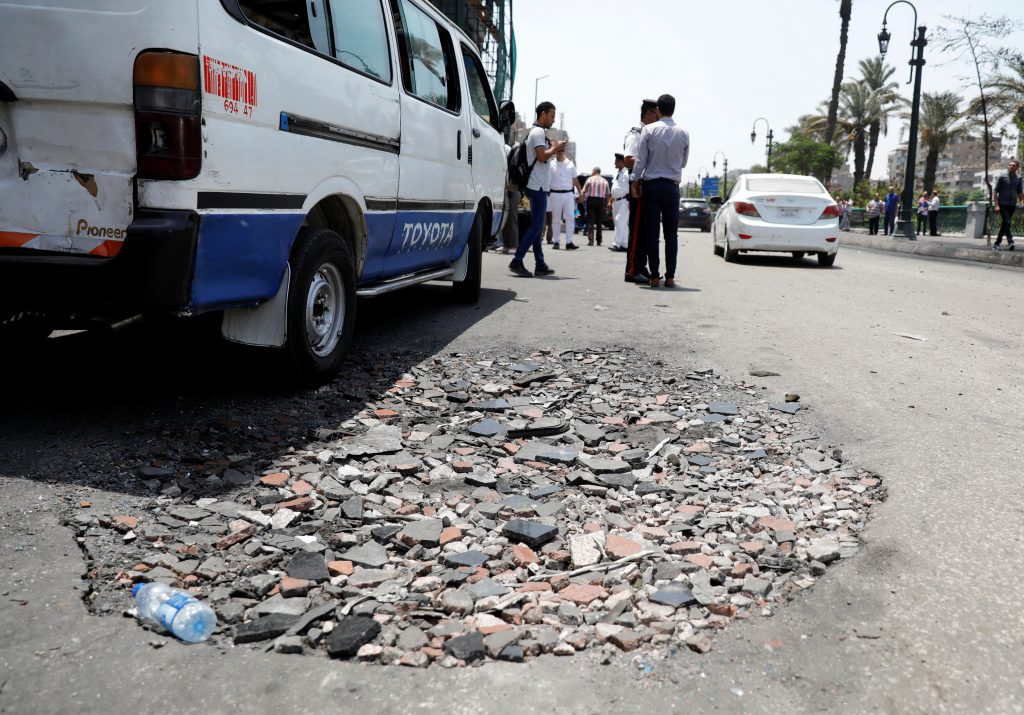 Nineteen people died and 30 were injured in an explosion resulting from a car crash in central Cairo, Egypt’s Health Ministry said on Monday.

There was no official statement indicating that the explosion was an attack.

The blast happened when a car driving against traffic on Cairo’s Nile Corniche Road collided with three other cars, the Interior Ministry said in a separate statement.

It triggered a blaze that forced the partial evacuation of a nearby hospital, the National Cancer Institute, the Health Ministry said.

Shortly after the explosion, blazing cars could be seen in the roadway as passersby struggled to help the injured.

Later in the morning, investigators scoured the scene amid a heavy police presence. The hospital building showed apparent damage up to the third floor, a Reuters witness said.