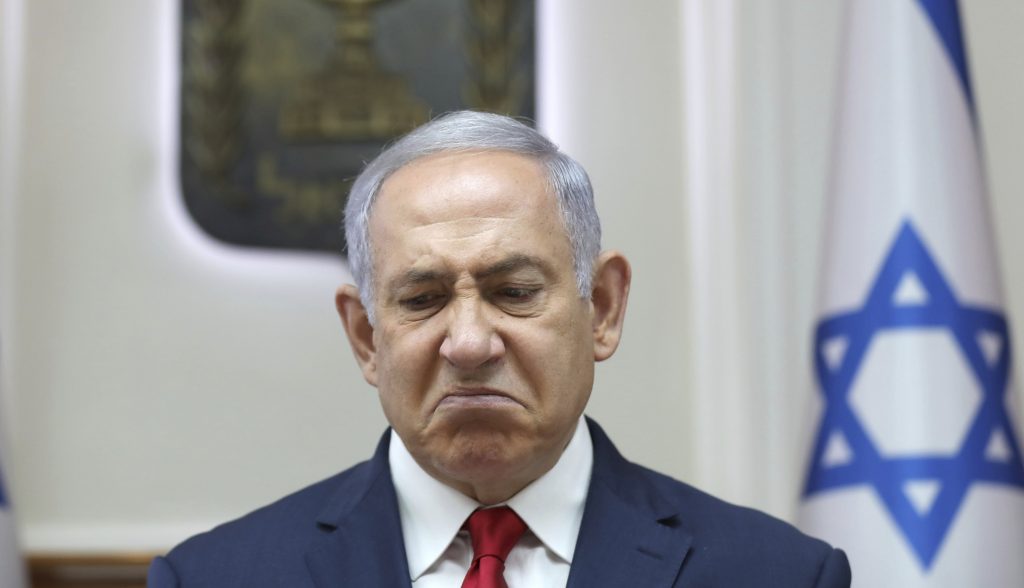 “The incitement by prime ministerial candidate Yair Lapid, with its anti-Semitic tone, proves once again why Yair Lapid mustn’t be allowed to be prime minister,” PM Netanyahu said. Lapid has a deal with Benny Gantz for a rotating premiership if they win the election.

United Torah Judaism MK and Deputy Health Minister Rabbi Yaakov Litzman said earlier in the day that “the hatred and incitement of Yair Lapid is a new low of anti-Semitism and the crossing of a red line that reminds us of dark times, in which Jews were portrayed as money-grubbing and accused of raiding the public treasury.”

Shas leader Rabbi Aryeh Deri said that the video was an example of “anti-Semitism – there is no other word for it.” The video depicts chareidi politicians as seeking nothing but money to fund yeshivos.

Lapid defended the video, saying, “I will not be lectured about morals and anti-Semitism by Sir Litzman. I am also not impressed by those who scream ‘hatred!’ anytime someone offers a word of criticism. There is real anti-Semitism in the world to worry about.”

While failing to repudiate the video or disassociate himself from Lapid, Blue and White chief Benny Gantz sought to maintain his moderate image with an implied criticism:

“The strength of Israeli society comes from its unity, in all sectors — secular and religious, Jews and non-Jews, left and right. That is the appropriate way for Israel’s leadership to behave at this time.

“We should adopt a different style to that of Netanyahu and focus on gratuitous love,” Gantz said.

“This is not my style or [party head] Benny Gantz’s style,” said Yaalon, according to Ynet. “We are not for a hateful discussion, not between Jews and Arabs, Right and Left, Ashkenazim and Mizrahim, religious, not religious, haredim [ultra-Orthodox].”

“We will sort it out,” added Yaalon. “This really is not our style; we come from a view that we need to unite because the resilience of the State of Israel, especially these days, between the 17th of [the Hebrew month of] Tammuz and the 9th of Av, were always harmed by freely given hatred and nothing else – and we will find the way to clarify this.”

Shas MK Yoav ben Tzur said that “the Blue and White party proves that it is no different from Yesh Atid with a new brand. In desperate attempts to gather mandates, it is ready to harm the Torah world, yeshivah students and the unity of the nation of Israel.”