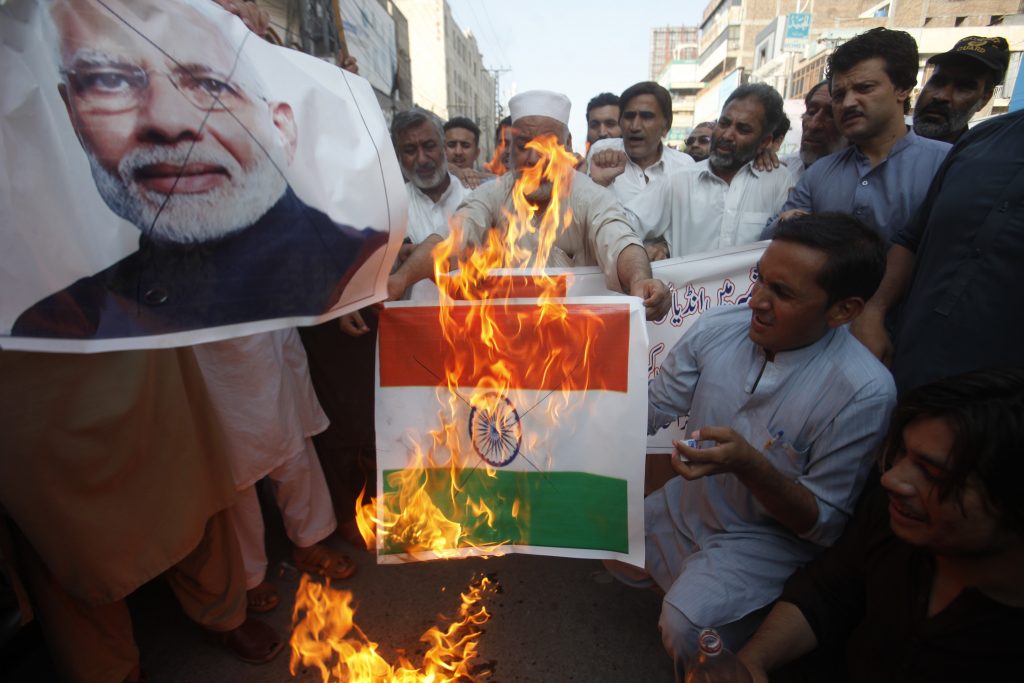 The Indian government moved Monday to revoke special status for Indian-controlled Kashmir, a long-contested region abutting Pakistan and China that constitutes India’s only Muslim-majority state. The move will rein in some of the autonomy Kashmir previously enjoyed, and it has raised worries of fresh armed conflict in an area that has already suffered decades of violence. Those fears have been heightened by India moving troops into the region ahead of the decision and cutting off internet access after the announcement was made. Here’s what you need to know about the region and what losing its special status could lead to.

Q: Where is Kashmir, and why is it contested?

A: The Himalayan region of Kashmir lies at the northernmost tip of the Indian subcontinent. As India and Pakistan won independence from Britain in 1947 and underwent a bloody partition into two states, Kashmir originally opted to remain independent of both nations. Facing threats from Pakistani militants, Kashmir’s Hindu ruler soon acceded the territory to India. The first of many armed conflicts between India and Pakistan over the region followed, and the sovereignty of Kashmir has remained disputed ever since.

Kashmir is currently divided between three countries: India, Pakistan and China. India controls the largest portion – which until now has been known as Jammu and Kashmir state – while Pakistan has jurisdiction over two areas called Gilgit-Baltistan and Azad Kashmir. China controls a territory called Aksai Chin to the east, although India has long claimed this area as well.

Several wars have broken out between India and Pakistan over Kashmir. Since 1972, a 460-mile long Line of Control has functioned as an unofficial border between the countries in the area. A ceasefire agreement has remained in place since 2003. Still, clashes along this border have persisted; 86 civilians were killed by cross-border firing in 2018 alone. Tensions spiked in February, when a deadly terrorist attack killed 38 police officers in Indian-controlled Kashmir and the two nuclear-armed powers exchanged airstrikes for the first time since 1971. Human rights organizations have called Kashmir one of the world’s most militarized zones.

Why did Kashmir have special status, and what does its removal mean?

When Kashmir agreed to join India in 1947, it did so with conditions that it would retain a degree of autonomy. This autonomy was protected by Article 370 of the Indian Constitution, which gives Kashmir the right to make its own laws.

The changes the Indian government announced Monday would overturn Article 370, as well as another provision that prevents nonresidents from buying property in Jammu and Kashmir. The government also said it would reconstitute the state administratively and reorganize it into two federal territories. One of these – still called Jammu and Kashmir – would have a state legislature, while the other, a remote mountainous area called Ladakh, would be under direct central governance.

Taken together, these steps will significantly reduce the autonomy of Kashmir and limit the authority of its local government.

Why did the Indian government decide to revoke this status?

Other government officials who spoke to The Washington Post on the condition of anonymity said the move was aimed at improving the “legislative efficiency” of a state whose development has lagged behind the rest of the country. They also pointed to separatist groups in the area that have fought Indian authorities for years.

But government preparations ahead of the announcement fueled speculation that New Delhi has been planning the revocation for some time. Local media reported that the Indian government had deployed 35,000 additional troops to Kashmir last week, and the government abruptly put a stop to an annual Hindu pilgrimage and evacuated tourists there. Army officials said Friday they had intelligence that Pakistan-based militants were planning an attack on Hindus traveling to the region.

The removal of Kashmir’s special status comes after Prime Minister Narendra Modi’s Hindu nationalist party, the Bharatiya Janata Party, performed well in recent elections in May. Some raised concerns that curtailing Kashmir’s autonomy could lead to a demographic transformation of the Muslim-majority region and inflame tensions between Hindus and Muslims throughout the country.

What has the reaction been?

Opposition politicians in India have decried the move as an attack on Indian democracy and analysts have described it as unprecedented.

Political leaders in Kashmir, meanwhile, called the special status revocation “illegal and unconstitutional.” Mehbooba Mufti, a former chief minister of Jammu and Kashmir state, warned that it would render India an “occupational force” in the area, and called this the “darkest day in Indian democracy.”

The Pakistani government has condemned the decision as an infringement on a United Nations resolution on the question of Kashmir’s sovereignty. In a statement, Pakistan’s foreign ministry described Kashmir as an “internationally recognized disputed territory” and said it would back its residents “right to self-determination.”

The ministry added that it would “exercise all possible options to counter the illegal steps” India had taken. The Pakistani government has indicated it hopes to involve the U.S. government as an arbitrator in the dispute, Reuters reported. Pakistan Prime Minister Imran Khan had already discussed the possibility of President Trump mediating between India and Pakistan in talks over Kashmir when Khan visited the White House last month. India rejected this offer again last week.

Monday’s order could be challenged in court as a violation of India’s constitution, since it effectively overturned a constitutional provision “through executive whim,” Suhrith Parthasarathy, an expert on constitutional law, said.

Could this move lead to more conflict?

It’s likely, given the region’s history. India sent an additional 8,000 troops to the region right after the announcement, according to local media reports. The government also imposed a curfew and cut communication lines and internet in the region in what appeared to be an effort to preempt protests and shut down contact with the outside world. As a result, it’s difficult to gauge how Kashmiris have reacted.

But in neighboring Pakistan, protests have already broken out across the country, according to Reuters. In the capital of Pakistan-controlled Kashmir – just 28 miles from the unofficial border – protesters chanted “down with India” and pledged to fight the decision, Reuters reported.