Israel Hamas to Gaza Rioters: Lay Off the Swastikas
Israel 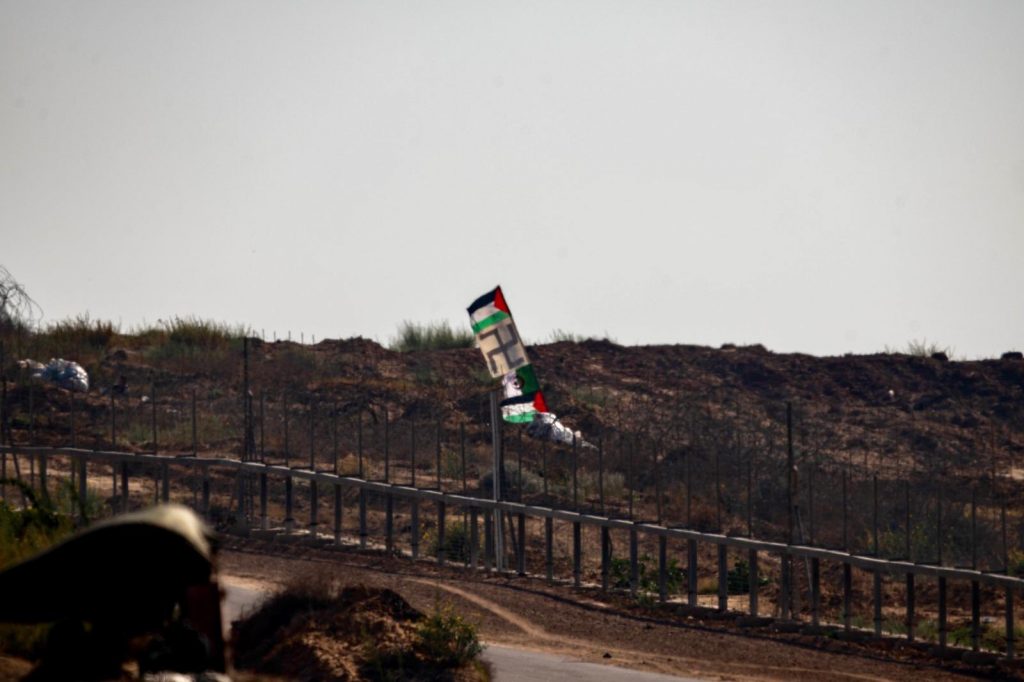 Hamas has ordered rioters who gather at the Gaza border on Fridays to refrain from flying flags and posters with swastikas, after the IDF distributed photos with the symbol. Hamas said it was issuing the order “to prevent the occupation from using this for its propaganda.”

The now-infamous image has been circulating on social media for the past several days, after an IDF photographer snapped an image of the swastika on a poster. In a social media post, the IDF said that Gazans had raised “the Nazi swastika flag, a symbol of murder and sheer hatred raised yet again at a Hamas riot inside Gaza. In the face of this hatred IDF soldiers stand alert and determined, ready to defend Israel today and every single day.”

Some 6,000 Gaza Arabs rioted at the border fence Friday, throwing rocks and firebombs at IDF soldiers. In addition, several incendiary balloons were dispatched by Gaza terrorists over the weekend. One terror balloon that landed in Israel Friday started a brush fire near the Gaza border, which was quickly put out by firefighters.

On Shabbos, a balloon with a bomb attached was detected near Kibbutz Lahav, located 20 kilometers north of Be’er Sheva. Nir Zamir, head of the Bnei Shimon Regional Council, where Kibbutz Lahav is located, said that “unfortunately it appears that towns in our region are now in the line of fire from Gaza,” despite the considerable distance from Gaza.