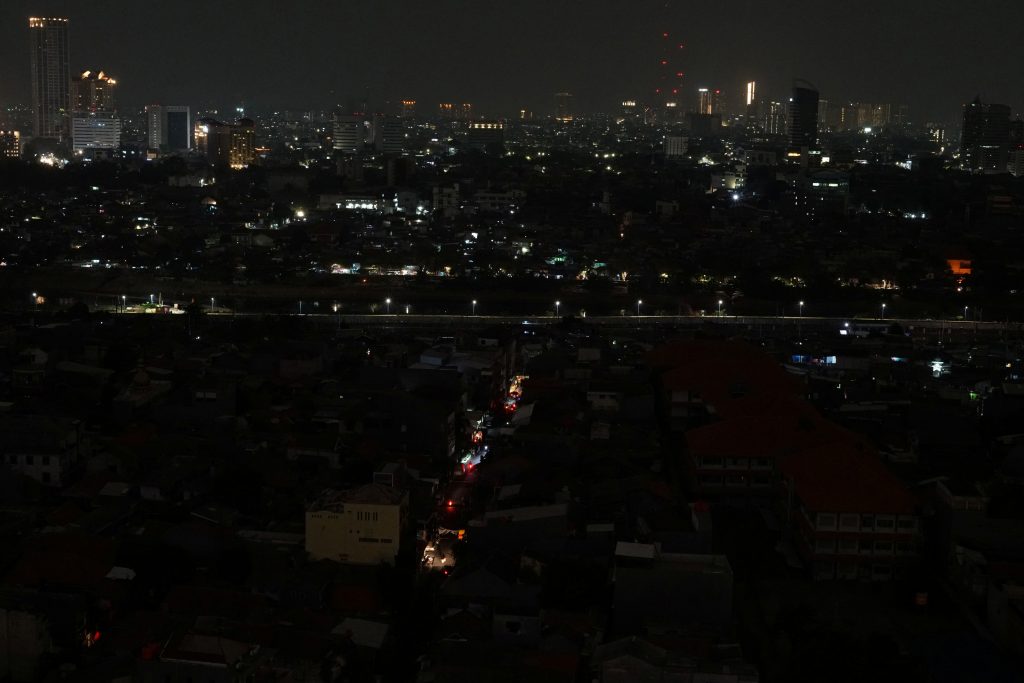 Power has been restored in most parts of Indonesia’s capital, Jakarta, after the city of 10 million people went without electricity for more than nine hours due to technical issues, state power company PLN said on Sunday.

The outage, which also hit neighboring provinces, spread across an area that is home to more than 100 million people and appeared to have affected most of the capital, prompting the use of generators in some offices, malls and apartments.

The blackout began just before noon local time (1:00 a.m. ET). PLN said it had been able to switch 17 electrical substations around Jakarta back on by 9 p.m. but two others were still in the process of being restarted and four remained off.

“The recovery process is still ongoing and indeed it cannot be turned back on at once immediately, but rather gradually we try to normalize with maximum efforts,” Sripeni Inten Cahyani, acting chief executive of PLN, said in a statement.

At a news conference earlier on Sunday, Cahyani said it would take a few more hours to restore power to West Java and Banten provinces.

She blamed faulty transmission circuits on the Ungaran to Pemalang power line in Central Java for causing voltage drops that hit power networks in Jakarta as well as West Java and Banten provinces.

“We will investigate to find the root causes and analyze them in detail. We will appoint an independent party to investigate,” said Cahyani, who only took up her post on Friday.

Another PLN official said two out of three circuits had gone down, triggering “cascading voltage” that caused outages as the west system collapsed.

Due to the blackout, the mass rapid transit (MRT) system in Jakarta had to evacuate passengers from trains.

The city of Jakarta is the center for government and business in Indonesia. It does suffer periodic blackouts, but usually short-lived and confined to certain areas.

But at train stations, hundreds of passengers were left stranded after commuter lines stopped working.

“The train stopped all of sudden, we had to wait for a long time,” said Ella Wasila, a passenger near Sudirman station in downtown Jakarta. “There were so many babies in the coach, they were crying, and people were shouting ‘Open the door!'”

The power outage also disrupted some cellular phone networks and provider Telkomsel said it was compiling an inventory of the number of devices affected by the power cut.

The blackout also caused traffic lights to go out in some areas of the capital, creating traffic jams.

Wiwik Widayanti, chief executive of the Jakarta regional train service, said more than 800,000 people used the network per day at a weekend, so buses would be used to transport stranded passengers.

The Indonesian Consumers Foundation (YLKI) said the blackout could discourage investment in Southeast Asia’s biggest economy and urged the government to increase PLN’s capacity. “Power outages, especially in the Greater Jakarta area, are not only detrimental for residential consumers but also to the business sector,” Tulus Abadi, an executive at the foundation, said in a statement.

Ordinary Indonesians took to Twitter to express their frustration.

A Twitter user with the handle @henrydjunaedi said in a post: “I’m a cashless guy, this is nightmare … So far I can only find one working ATM in a 10 km radius. Restaurants and markets are closing or not accepting card payments.”