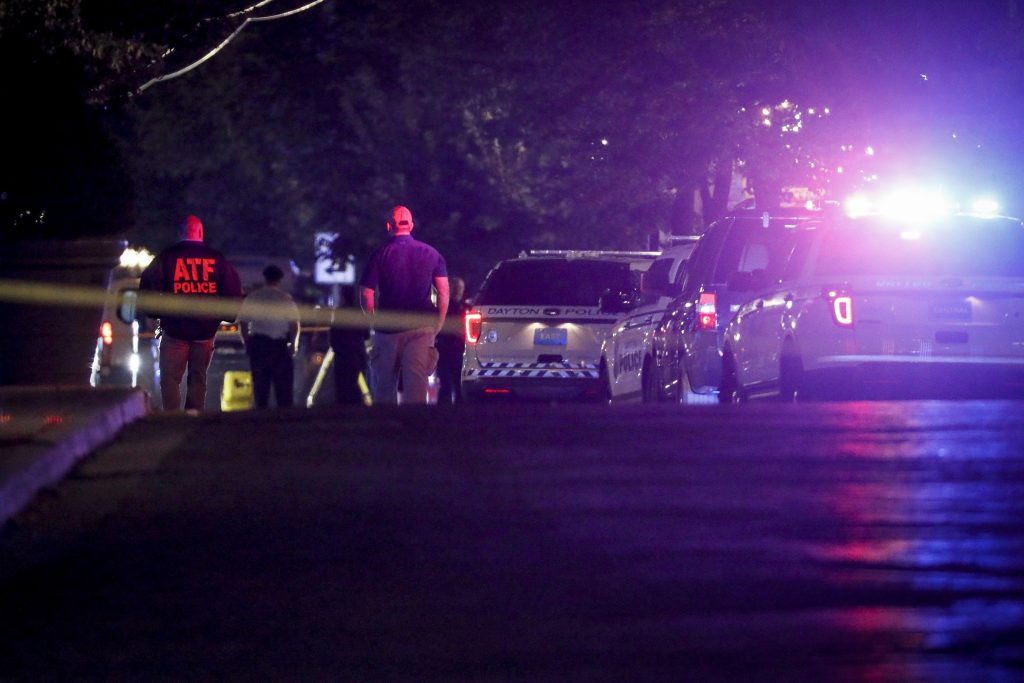 Nine people in Ohio were killed in the second mass shooting in the U.S. in less than 24 hours, and the suspected shooter is also deceased, police said.

Dayton police tweeted that an active shooter situation began at 1 a.m. Sunday in a historic district that’s a popular nightlife destination, but officers nearby were able to “put an end to it quickly.” Lt. Col. Matt Carper said at a press conference that the suspect was shot to death by responding officers.

At least 26 others were injured, Dayton Mayor Nan Whaley said at a press conference. No details about the victims were released.

Miami Valley Hospital spokeswoman Terrea Little said the hospital had received 16 victims, but she couldn’t confirm their conditions. Kettering Health Network spokeswoman Elizabeth Long said multiple victims from a shooting had been brought to system hospitals, but she didn’t have details on how many.

With a population of around 140,000 Dayton is in western Ohio, around 55 miles northeast of Cincinnati, 75 miles west of Columbus and 120 miles east of Indianapolis. The shooting took place in the Oregon District, a historic neighborhood that Carper described as “a safe part of downtown,” home to entertainment option. The shooting took place outside, on the 400 block of East 5th Street.

Police believe there was only one shooter, and have not yet identified the suspect or a motive. Carper said the suspect used a long gun and fired multiple rounds.

The FBI is assisting with the investigation. A family assistance center was set up at the Dayton Convention Center.

Gov. Mike DeWine issued his own statement before 7 a.m., announcing that he’s ordered flags in Ohio remain at half-mast and offered assistance to Whaley.

“Fran and I are absolutely heartbroken over the horrible attack that occurred this morning in Dayton,” the statement said. “We join those across Ohio and this country in offering our prayers to victims and their families.”

Sunday’s shooting in Dayton is the 22nd mass killing of 2019 in the U.S., according to the AP/USA Today/Northeastern University mass murder database that tracks homicides where four or more people killed — not including the offender. The 20 mass killings in the U.S. in 2019 that preceded this weekend claimed 96 lives.