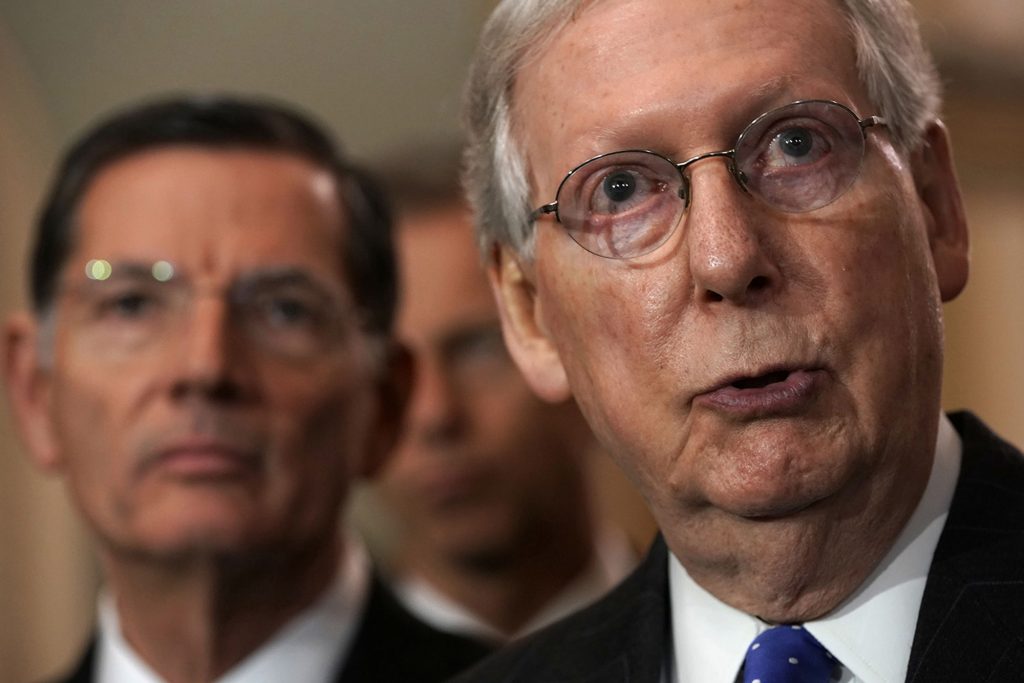 Senate Majority Leader Mitch McConnell told a crowd in his home state of Kentucky that he “saved the Supreme Court for a generation” by blocking President Barack Obama’s nominees ahead of the 2016 presidential election.

The Republican added that he “led the way” for Supreme Court Justices Neil Gorsuch and Brett Kavanaugh, both nominated to the bench by President Donald Trump.

McConnell refused to allow a Senate hearing for Judge Merrick Garland, Obama’s pick to succeed the late conservative Justice Antonin Scalia, in 2016, saying that a top court vacancy shouldn’t be filled during a presidential election year.

He’s since said things would be different should a vacancy occur in 2020, while Trump is seeking reelection. “Oh, we’d fill it,” McConnell said at an event in Paducah, Ky., in May.

McConnell, who’s expected to run for another term in 2020, was speaking Saturday at an annual gathering known as “Fancy Farm,” at which Kentucky’s elected officials and candidates make speeches during a picnic in a tiny town in the state’s west.

Some in the audience chanted “Moscow Mitch” during his remarks, which only lasted several minutes.

Critics have given the Republican the nickname, saying he’s repeatedly blocked stronger election security measures since 2016, when Russia interfered in the U.S. presidential election. On Monday a visibly angry McConnell, on the Senate floor, accused opponents of “modern-day McCarthyism” for persisting with the moniker.

Local Democrats were wearing T-shirts bearing the taunt and depicting a hammer and sickle, according to The Associated Press. McConnell said at a breakfast earlier that the Communist symbol was appropriate for a party that supports policies like the Green New Deal and Medicare for All, the AP reported.

McConnell boasted to the Fancy Farm crowd that none of those things will happen while he is leading the Senate.

“That’s why I call myself the grim reaper,” he said. “I’m killing the socialist agenda.”